The S***'s Already Hit the Fan: Here Comes the Shift 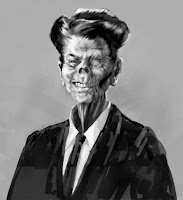 It's already started. Call it what you want, 2012, prophecy, consciousness rising, cognitive dissonance, whatever...In my opinion, the shift has begun.

First. let's talk about what's going on, and then we'll talk about how that shifts us.

It will continue down, because "the level of consciousness that created the problem cannot solve it." The bloated, greedy system that has become the financial markets is no longer sustainable, and heading down the tubes, fast. The power elites who created this situation are largely going down with it. They have no idea what to do about it, except throw money at it. Yours and mine. These are people who believe they know what's best for you, and that the best citizens are ignorant citizens.

It should be obvious to all of you who have watched your 401K's shrink that this system doesn't work. Thank God Social Security wasn't dumped into the market as some wanted, not that it will make much difference in the long run. Nothing less than a total revamp of the financial system and structure could have saved it, but it's too late for even that, now. Welcome to the second Herbert Hoover era, created by neo-conservative ideology that even some on the right are now admitting doesn't work (McCain, 'tho not in so many words, certainly by action, even as he matters not as his virulent melanomas give him a one-in-three chance of living eight years, for the real power lies with Sarah Palin, the frankenstein-like creature born of Bush and Cheney).

There's going to be a lot of pain for a lot of people. Paradigms don't die easily, and the patriarchal paradigm that spawned the current crisis will be no exception. For the first time ever, the US military is deploying an active duty regular Army combat unit for full-time use inside the United States to deal with emergencies, including potential civil unrest (link).

What all this does is place people in a position where they are more or less forced to wake up. Cognitive Dissonance: an uncomfortable feeling or stress caused by holding two contradictory ideas simultaneously. The theory of cognitive dissonance proposes that people have a fundamental cognitive drive to reduce this dissonance by modifying an existing belief, or rejecting one of the contradictory ideas (link). By resolving the dissonance, new belief systems are adopted, usually a a higher level of consciousness than before, but not always (consider US regression after 911).

As the power elite self destructs, the opportunity for a new level of thinking arises. This will be the challenge. if it doesn't get too rough, where we're struggling for our very survival, and for some it will, indeed, be that struggle, then we may come out of the other side with new perspectives, a different world market financial structure that is based on the good of mankind as opposed to the profit of a few. Yes, a hope, but what will we have if not our hope and our determination not to repeat the mistakes of the past?

Meanwhile, my advice is to prepare as much as possible, at a minimum, a couple months of food and supplies, lay low, and surrender into the moment, knowing that our petty wants and needs will serve a larger consciousness. You are the change we have been waiting for, and I, for one, want as many of you as possible around on the other side.

I'm amazed that these issues are not being talked about in Integral Communities and on their websites. Our collective integral shadow surely revolves around our fear of being labeled postmodern by expressing political opinions. Too bad. Only integral consciousness can solve these problems...and Steve McIntosh's Global Governance is the only body that will have a chance of governing global markets.

PS: I make no apology for the picture of Reagan. He started it and we're all complicit in our apathy.
Posted by Gary Stamper at 7:39 PM

Another commentary on the current economic situation is Herman Daly writing on the "Credit Crisis, Financial Assets, and Real Wealth," posted at The Oil Drum. Professor Daly is a former senior economist for the World Bank, before leaving to teach Ecological Economics at the University of Maryland. He's known for a next paradigm concept of "Steady State Economics".

He writes in part:
"The current financial debacle is really not a “liquidity” crisis as it is often euphemistically called. It is a crisis of overgrowth of financial assets relative to growth of real wealth—pretty much the opposite of too little liquidity. Financial assets have grown by a large multiple of the real economy—paper exchanging for paper is now 20 times greater than exchanges of paper for real commodities. It should be no surprise that the relative value of the vastly more abundant financial assets has fallen in terms of real assets. Real wealth is concrete; financial assets are abstractions—existing real wealth carries a lien on it in the amount of future debt. The value of present real wealth is no longer sufficient to serve as a lien to guarantee the exploding debt. Consequently the debt is being devalued in terms of existing wealth. No one any longer is eager to trade real present wealth for debt even at high interest rates. This is because the debt is worth much less, not because there is not enough money or credit, or because “banks are not lending to each other” as commentators often say."
http://www.theoildrum.com/node/4617

By the way, Paul Craig Roberts argues that Reagan is not to blame for the current crisis. He has some interesting points.
http://www.informationclearinghouse.info/article20955.htm

Thanks, David. Great articles, both. Thanks for the links. However, I still disagree about Reagan. Reagan's "Trickle-down economics," came about due to the significant cuts in the upper tax brackets. There was a massive increase in Cold War related defense spending that caused large budget deficits, the U.S. trade deficit expansion, and contributed to the Savings and Loan crisis, as well as the stock market crash of 1987. In order to cover new federal budget deficits, the United States borrowed heavily both domestically and abroad, raising the national debt from $700 billion to $3 trillion, and the United States moved from being the world's largest international creditor to the world's largest debtor nation. Reagan himself described the new debt as the "greatest disappointment" of his presidency. These policies seem to have set the stage for the great ponzi schemes that subsequently followed, beginning with the S&L crisis.

May you die today so that I die tomorrow

Gary, I am Kelly grrl's husband. I agree with most everything you posted.

I would like to meet you one day and just talk as I do some graphic design and play music..so maybe we could connect some.

Here is some of my take:

People are losing their jobs left and right, then everyone gets on unemployment, next homes get foreclosed. If you lose your home you don't pay your other bills, i.e. credit cards, student loans, vehicles, etc... Then you don't shop at your local mall outlets, they can't make the bills and little by little the stores pull out of the malls, the owners can't make their payments, then commercial loans start going to foreclosure.
so you have a nation of homeless, unemployed people with bad credit...homes sitting empty, many of which are damaged and not winterized.
How the government plans to keep throwing money at the problem to keep the system moving is beyond me. That is like paying your car payment with your credit card, it works for a while....

Then lets look at the upside....say the economy does pick up (say 4-5 years down the road ha), people get back to working..now you have a job, but no credit to buy a house or car does the government step in and say...."well we will allow these people a variance because......?)

Where are the breaks for the few that are paying their bills, and are hanging in there? If the government would step in and say pay off peoples student loans, or maybe some mortgages or anything, put some money back in the pockets of working people, maybe we could keep our system of consumerism rolling with the few that are employed.

I personally do not see a good outlook, I believe we are in the first throws of the next depression, by mid summer we will see the dollar tanking, and more people homeless and unsure of what to do or where to go.....and the crash of the dollar is world wide also so you really can't run or hide.

We as caring and rational people need to help our neighbors, communicate with people, don't live in fear, it is change and adventure.
Stock up some food now. While many think food is expensive now...with inflation it will go higher, much higher.

Just a rant but again I agree with your comments