There seems to be increasing awareness around moving integral theory from the map into the territory. Not that it wasn't being done by some---see Terry Patten and Marco Morelli's excellent article "Occupy Integral" on the online magazine Beams and Struts---but when you log on to sites like Integral Life, there seems to be a huge disconnect between the reality of what's happening in the world and "feel good" articles that promote the meta-theories on integral. It's as if there's a sort of spiritual bypass that's going on in the mainstream integral community, or what Terry and Marco refer to as "integral inaction."

For me, Terry and Marco's article---they call it a "manifesto"---is a call to action for us to get up off and out of our arrogance and complacency and into the world. In other words, become the Sacred Activists that are called for at this point in mankind's evolution.

So what might that look like in the real world? Terry and Marco call for us all to "Occupy Integral," and I call for us to occupy Occupy.

Bringing the Map to Occupy

I'm an occupier. I work with the local OccupyWNC group where I live. I'm there because that's where the action is and if we're going to be able to successfully navigate (whatever that means) the coming chaos, then we must first get out of denial and into acceptance that it's happening. Denial could kill you. This requires that we pay attention to what is actually happening in all four quadrants, in the interior, exterior, individual, and collective quadrants. I speak to this in earlier blogs here and here.

But this article isn't about why we should get involved with the Occupy movement, it's an article about how we bring integral consciousness to an awakening phenomenon whose participants span the traditional, modern, postmodern, and post-post modern worldviews. And when you get all these people in the same room, trying to solve problems, there are bound to be conflicts.

First, I think it's important to note that I am not in a "big city" Occupy group. I'm in Western North Carolina, and for those of us living in the rural mountains, Asheville is a big city, never mind New York City or Washington, DC! The tactics of a small town Occupy group and how OccupyWNC interacts with our community is very different from how a big city occupy would interact. People with very different worldviews are our neighbors, not faceless masses.

One of the first things I did when I joined OccupyWNC was to propose a Visioning Work Group that would attempt to provide a small city vision of how we connect with our non-occupy neighbors. I framed the invitation in a way that spoke to post and post-postmodern consciousness so that the people who needed to be there would come. I also spoke of how, in a small town environment, we could build bridges across the local political spectrum rather than dividing the community, and told them I would be showing them a system that revealed how to reach across and communicate with people who had radically different worldviews.

About ten people showed up and I introduced them to Spiral Dynamics integral. Much to my pleasure, they all got it! For the next four hours we talked, discussed, and honed their understanding of how SDi could help them, not only in the community, but within the occupy group itself. I reminded them that these are not people within systems, but complex multifaceted systems within people, and then stressed the importance of not labeling people as one element of that system and showed them why. I've done this presentation many times through my men's groups, the Integral Warrior.

This has proved to be extremely useful in our meetings and our continuing Visioning Work Group, which will probably now morph into a Strategic Planning Group. The following part of this article will demonstrate how this has been valuable.

In the last couple of weeks one of our members proposed that we begin each General Assembly (GA) meeting by reciting the Pledge of Allegiance to the flag to show our loyalty to our country. This suggestion triggered some of our members, and a passionate discussion ensued, after which a consensus was asked for to adopt the pledge resolution, which, in turn, was "blocked" by another member. In the consensus model of governance used by Occupy, everybody must agree or the resolution fails. Well, this, in turn, triggered the person who proposed it, and we ran out time to discuss it so it was tabled to the next GA meeting a week later.

The following week the discussion continued, with passion rising once more, even though a majority of the members were calling for compromise. With not much practice at using SDi in context, the group was, once again, at a bypass. At the end of the discussion, I had an opportunity to briefly speak to what a compromise would look like and why it was in the best interest of the entire group, and wrapped it up with a promise to write up a deeper exploration and suggestion on how to compromise so that everyone got what they wanted. Here is a partial transcript of my email: 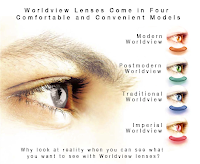 The single most powerful thing we have is each other, this community. But there is no prototypical model of what the OccupyWNC member looks like. We are the 99%, and that encompasses a lot of different opinions, beliefs, and worldviews. It's not just the 1% who are different than you. It's all of us, and that is also our strength.
There are two primary opposing worldviews at play here (there four generally at play in the US).Worldviews are composed of values and universal beliefs. Values are perceptual filters minds use to determine (“evaluate”) what is important in any given situation. Universal beliefs are broad-based beliefs about self, others, and system (how the world is perceived to work). I wish the two members who are carrying those opposing worldviews most profoundly would have been there last night, so I'm going to muddle on without the benefit of their comments.Neither of  these two worldviews are wrong, and, in fact, they are both right...to an extent. The worldviews I'm talking about are traditional and postmodernism. The traditional worldview wants to honor the flag, while the postmodern view wants nothing to do with it. They are both right, for their own reasons.So now I'm going to ask everyone, including anyone at odds with someone else around this issue, to pretend you have a jetpack strapped to your back (indulge me) and you are suddenly able to leave the horizontal viewpoint of standing where you are, and suddenly jet up to about 50,000 feet where you can get a glimpse of the larger picture, not just what's in front of you.What we can now see is that the 99% includes those with traditional values (I love the flag and all that it stands for) and that if we don't include and honor (we don't have to agree) those values, we are not inclusive and can't claim that we are the 99% because we just excluded someone, and that's just not right!Likewise, we can also see that the 99% includes those with postmodern values (I resent the flag and all that it stands for), and that if we don't include and honor them, again, we can't claim that we are the 99% because we also just excluded someone. If we are to be successful with this movement, if we are to ever to build bridges between us and those with whom we have more in common with than differences, we must learn how to honor everyone's beliefs, no matter how wrong they may seem to us.So how do we do that? How do we make room for different worldviews without compromising our own belief systems? How can we honor differing perspectives without dishonoring our own?First and foremost, we must never force our worldviews on others. Everyone has the right to be who they are. I don't want to force my worldview around this upon you, but hope that you're open enough to hear what I'm saying and to find your piece of truth within my words.So if we have someone who wants to stand up and say the pledge at the beginning of the meeting, even though we may not want to do that, let them do that. I suggest that we stand with them (that we stand together in the largest sense of the word), and honor their wish to do this, standing silent if we need to, not to honor what we may resent about how we are individually triggered by it, but to honor the person.And if we have some among us who cannot say the words because of their worldview, that we honor them standing in silence, honoring whatever experiences they have had that brought them to where they are, and that we know they are honoring us by standing with us (again, in the largest sense of the word) and thereby we also stand with them.It's about connecting across belief systems and differing worldviews, and it's great practice for building empathy and compassion for each other. And in a world of compassion and true empathy, there is no 99% and 1%.....there is only 100%.If we are to succeed, we must do it together, 100%.Invite them in, one and all.Gary

The response has been extremely positive with the caveat that the two people who were triggered at opposite ends of the worldview spectrum have not yet responded. I assume there are wrestling with letting go of what needs to be let go of, and we shall see if they are able to do that.

Worldview graphic from http://integralthinkers.com/featured/new-and-improved-worldview-lenses/
Posted by Gary Stamper at 10:19 AM

Email ThisBlogThis!Share to TwitterShare to FacebookShare to Pinterest
Labels: beyond integral, gary stamper, marco Morelli, Occupy, Tery Patten, the map is not the territory

Hi Gary- This seems to me like some really valuable on the ground experience. I like how you framed your email, and your call for unity in diversity. I also live in a smallish town and have had my difficulties working with local groups. In fact, I backed away for a while and am only recently beginning to reengage. I find, though, that when we're doing things together as "neighbors" rather than "activists" it's somehow more real and fulfilling. That might just mean doing each other everyday favors, like housesitting and childcare, or giving each other gifts like cookies. But then when it comes to to bigger things, those human bonds are there. Thanks for sharing this "report from the field." It's a good reference.

Hi Marco - So glad to have reconnected. Thanks for your comment and insights and mostly for "Occupy Integral". Great conversation going on over there. Yes, it's really about community in all of its aspects, but I didn't come to this painlessly. I alienated the community I live in because I assumed they'd all slide right in to an integral perspective. Man, was I wrong! I really blew it, but it was an extremely valuable lesson, and that lesson is now serving me in both the transition and occupy communities I'm involved in. Skillful means is more than just a phrase.