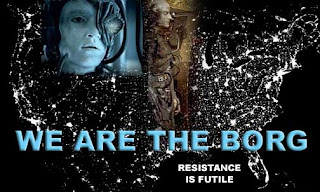 UPDATE! "In a scene right out of a George Orwell novel, a team of scientists working in the fields of “neural engineering” and “Biomimetic MicroElectronic Systems” have successfully created a chip that controls the brain and can be used as a storage device for long-term memories. In studies the scientists have been able to record, download and transfer memories into other hosts with the same chip implanted. The advancement in technology brings the world one step closer to a global police state and the reality of absolute mind control."