Really? The Wacky Senior World of Meeting Women on the Internet 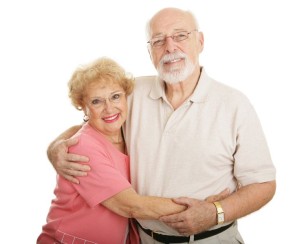 I rejoined Match.com a few days ago. I’ve belonged to Match 4-5 times since the early 2000’s. I rejoined because they have the largest database of potential partners. Before I came back to Match, I was on a couple of smaller “niche” dating sites, but they just didn’t have enough members to be effective in what is essentially a numbers game.

At this point, I’ve recently only “dated” one person I’ve met on a dating site. I was more interested in her than she was in me, and we’ve wound up friends, but she woke me up, lightly cracking me open to realize how much I want a partner in my life. But since I can’t yet speak to the dating part on internet dating this time around, this article is going to focus on meeting people. It will also be focused on a man’s perspective but I hope it will be useful to women as well.

The last time I was on Match, my inbox literally blew up with over 90 responses to my profile in a couple of days, and that is happening again as I’m writing this. I don’t attribute that to me being some kind of fabulous guy (although I think I am!). I think the real reasons my inbox blows up are twofold: One, as a professional writer and a men’s and couple’s counselor, I write a really good profile, and I’d like to think that’s part of it, but I also think it’s because I’m fresh meat.

Fresh, red meat. To quote the Eagles, There’s a New Kid in Town. Aged, yes but there’s a huge market of women 60 and older, divorced and widowed, that are looking for partners.
I only need one. The right one.


Separated,  Not Divorced
.
I don’t just immediately jump in when a previous relationship ends. I’ve been married twice and my personal style is to get to know who I am as a single person again before I unfairly foist myself and my newly-claimed baggage on a new potential partner. As a consequence, I’m somewhat amazed that a portion of the women who initiate contact with me are only separated, their divorces not yet finalized.
I can’t help but wonder how someone can proceed to move toward another relationship before their current relationship is complete. It may be over, but it’s certainly not completed and it’s doubtful that such a person has had an opportunity to fully heal. It’s just too fast. My experience supports the idea that these are people who can’t bear to be alone, and they invariably wind up carrying the problems of the last relationship into the new relationship, creating a cycle of broken relationships. When I’m contacted by one of these women, I politely decline engagement as I’m not interested in dating someone who is still married. This is not a moral judgment. It’s a discernment based on knowledge of how things usually work. Not always, of course, but who wants to roll those dice?

I’m amazed by the number of “likes” I get from women who are younger than both of my daughters. My first thought is always, “what are you thinking?” Some actually invite me into conversation, but most don’t and are simply flirting through their “likes, likely “fishing” for an older man who will take them on for whatever reason, including supporting them, or being a sugar daddy, or just seeking a father-like approval that they probably did not get from a male figure earlier in life.

Maybe some of them are turned off by the awkwardness of many younger men and are looking for a degree of non-threatening contact by men who are easily assuaging and attending to their own inadequacies around mature women.  There may be a small number of younger woman – and men – who actually benefit from one of these May-December relationships, but here we go again, rolling the dice on something that reasonably has very little chance of working.

My own personal rule about age dating has been that I’ll likely not even consider someone who is not at least 10 years older than my oldest daughter. That’s becoming less of a problem since my oldest daughter will be turning 50 next year.  I also like the concept of dating “age-appropriately,” whatever that may mean to each individual, and it is a personal choice.


You’ve Got A Friend

Clearly, some of the strangest emails I get is where someone claims to be writing for a friend. They begin by saying their account is expiring soon, that they’re not going to renew, and they’ve got a really shy friend that would be a perfect match for me, and here’s here email address, and an admonishment to treat her gently because he’s really fragile.

This is wrong on so many levels. First, it violates Match’s policy of not giving out email addresses in a first contact. Second, there’s no denying that there many fragile and broken people in the world, but (1) why would they accept an email from someone they don’t know if they’re so shy, and (2) why would I want to be involved with someone who is that fragile and broken? My shadow loves your shadow?

This is a scam and I wonder if they’re specifically targeting older people like me, which brings me to….


The Older Man and Ageism
.
That would be me.  I’m not suggesting that I would or should date older men. I’m touching on how strange it is being in the situation I find myself in: I’ll turn 73 later this month, and I was pretty sure I’d still be happily married for the rest of my life. I never imagined I’d be in a situation where I’m not only writing this article, but actually on Match.com looking for a partner, hopefully, the last great love of my life, and trying to figure out what exactly that means.  I mean, 73! Definitely unchartered territory! But isn't it all?

The first thing that comes to mind is that, at 73, I appear to be at the upper end of the Match group of older men. Not the oldest, but definitely close enough for it not to matter. There’s good news and bad news: The good news is that there are a lot of men at 60 who look older than I do. The bad news is that I’ve got bad knees that are, hopefully, replaceable, and that’s my next step as alternative Regenerative Stem Cell Therapy did not work for me despite the promises.

Earlier in this article, I referred to the woman who woke me up and gave me the gift of knowing I could love again. I’d hoped I could, and that’s why I joined a dating site in the first place. She’s 60 and was at first skeptical of even meeting with a man who was 72 and I was put into the position of pursuing a “younger” woman. Using humor, I charmed her into meeting with me and we both immediately liked each other and I’m extremely grateful for her valued friendship.

One of the challenges here is that, on one hand, some women both young and old, say age is relative, that age is just a number. They are correct. On the other hand, if another woman states a certain age is too old - or a man says a woman is too young – they are also correct. Yes, both things can be true.

When I first got on a dating site a few months ago, I remember thinking, “So many of these women look like my aunt,” and then one morning I walked by my mirror and realized I look like my uncle. Welcome to my awareness of my own ageism.

It’s interesting that the drive to love and to be loved is so strong in us, no matter what our age. I’m grateful to my friend for helping to wake me up to not deciding I’m just going to be alone. I considered it…briefly.

While I’m looking, though, I’m also building the best life I can on my own and I’m going to have fun doing it. In the meantime, I’m now having a relationship with _______ (put the name of your dating site here), and eventually will replace it with someone I meet.

I could go on, but you get the idea.  I’m going to check to see if I’ve got new Match mail!

Gary, thanks for posting your musings on the internet dating thing. I find much of what you have found to be true for me too. I have only recently, one week now, gone back online to open the door to meeting a partner. It was the encouragement of my girl friend that got me there as I had settled into being quite content going it alone. I appreciate your sharing your experience of being awakened to your desire to have a partner and your ablility to love again. Such an awakening I am experiencing too and it is a precious feeling.

In our simple life, love plays a very specific role. Now we are able to make your love life healthy and no space for any type of trouble. These all are possible with the help of Dr. EKPEN of SOLUTION TEMPLE. He helped me cast a spell that brought my long lost lover back within 48hours who left me for another woman. You can also contact him on EKPENTEMPLE@GMAIL.COM or add him on WHATSAPP +2347050270218 and be happy forever like am now with his experience.

Gary Stamper said...
This comment has been removed by the author.
4:45 PM

Robert: I gotta say, that's the way you think someone should call in a beloved? There are so many things wrong with this on so many levels.

At it's worst, it's pure Orange/Red stage consciousness preying on others who think in this way, and it's using that belief in order to part folks with their money. It's guaranteed they don't share your belief

In the end, it's just pathetic and sad