Without The Mundane, No Paradise

Last week I wrote a Facebook post about my being on a mission to visit all of the beaches in Bocas Del Toro - an archipelago of islands just off of Panama's Northeast Caribbean coast - not because I'm a tourist (I am), but because this is also now my new home.
Unfortunately, we're in the height of the rainy season, and it certainly hasn't disappointed. It's been raining everyday for over a week and is expected to do the same for the coming Christmas week as well. Even though I've been in Bocas for over a month, now, I'm still getting settled in and being kept busy with the mundane.

Transitioning from the U.S. to Panama has its issues (what I refer to as the mundane), as does life itself. The Miriam-Webster Dictionary describes the Mundane as 1: of, relating to, or characteristic of the world. 2: characterized by the practical, transitory, and ordinary: commonplace the mundane concerns of day-to-day life.
In Zen Buddhism, the mundane is often eloquently and simply described as "chop wood and carry water," the simplicity of life that is also Sacred whether we are awakened and paying attention to it or not.
Meanwhile...

Bocas del Toro, Panama, is a Heaven on Earth with white sandy beaches (even when it's raining and it rains a lot) and an abundance of the iconic turquoise waters that the Caribbean is famous for. People come here from all over the world to spend a week or two in this magical collection of islands and discover what some think are among the best beaches in the world. At this level, there is no "better," there is only "different."
The best part may be that Bocas Del Toro is one of a handful of remaining paradises like it in the world that is still relatively affordable whether you've come to recreate for a short while or if you've decided - like me - to make it your permanent home. It's still possible.

Because of this awe-inspiring beauty, it's easy to get caught up in the promise of paradise, where living in "paradise" can be a seemingly perpetual high, a constant reminder of just how beautiful and amazingly we can live our lives. That can sometimes create a "state" (or "temporary") non-ordinary experience, like when you're first falling in love and high levels of dopamine are released, a chemical that “gets the reward system going.” Dopamine activates that reward circuit, helping to make love a pleasurable experience similar to the euphoria associated with the use of cocaine or alcohol. But like Cocaine or alcohol, the effects of the romantic stage of love are only temporary.

Romantic relationships can't sustain the "drug-like" qualities of passion and heat the relationship brings. Those relationships, if couples don't learn how to cool down, will burn out, and that's where nature comes to the rescue. Oxytocin, known also as the love hormone, provokes feelings of contentment, calmness, and security, which are often associated with mate bonding. Vasopressin is linked to behavior that produces long-term, monogamous relationships. The differences in behavior associated with the actions of the two hormones may explain why passionate love fades as attachment grows.
That is where the mundane comes into play, and where living in a "paradise" can be a perpetual high, a constant reminder of just how awesomely we can live our lives, of what's possible. The everyday mundane things in our lives are a constant reminder of what it takes to maintain living in paradise: chopping wood and carrying water, paying the bills, doing your laundry, cleaning - paying attention to sustaining your relationship - and those really exciting things. It's not what you're doing, it's how you're doing them.

When you add in the stresses of what a move from your home country to a place with an entirely different culture, language and the legal matters from both places concerned really mean, and how they can play with your dreams: that's where the mundane finds you.
Here are some examples of where the mundane has found me.
1. Panama has put together the most appealing program of special benefits for retirees you’ll find anywhere in the world today…It's the world-renowned Pensionada Visa and the program is open to foreigners. But you'll want to choose your immigration attorney carefully. Get recommendations from ex-pats in the area you want to live in. Find them here. If you decide Panama's where you want to go, I was thrilled with my attorney and would happily recommend her. it will really cut down on the mundane! 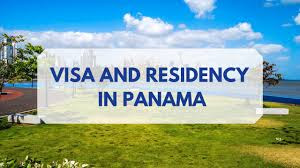 2. If medical is important (isn't it always?), your health concerns will play a major role in choosing where you want to retire to. Bocas Del Toro works great for me, but it may not for you. In Panama, you can find the best of care at a fraction of what you’ll pay back in the U.S. Your doctors will often speak English, and they are far easier to access than back home, too.
What is mundane for me, is how long and difficult it is to opt-out of Medicare Part B. Part A Medicare is free, but Part B can be very expensive, and since you can't use either in a foreign country, why have it? There are reasons, but I won't get into that here.
I'm 4 months into the process of opting out and at best it will be another two months before I can opt-out at $200/month savings. Plus all that mundane time of waiting and hanging out on the phone on international calls. Start setting that up before you leave, not after.
3. Speaking of phones... and the internet, and texting... it's not easy to communicate across sovereign borders and corporate plans, but you'll improve your ability to make that happen by LEARNING THE LANGUAGE of your new country before you go. One of my biggest regrets about my move to Panama is not learning Spanish before I got here.
But Bocas is a pretty good place to be for a lot of reasons, not the least of which that there a lot of English-speaking tourists and quite a few locals who know at least some English.
International phone calls are NOT cheap and corporate phone and wireless companies are not your friends. The first thing I did when I got here was to remove my corporate SIM card out of my unlocked Galaxy S9 and replace it with a Panama company SIM card so I could make local calls. There are different ways to do that and you'll need to do some research on which way is best for you.
On international calls, Skype is still my inexpensive best friend. Eventually, I was able to cancel my U.S. carrier which was costing me $60 a month for one line on an unlocked paid-for phone. Now I have unlimited data, two lines, texting, and unlimited internet with a hotspot so I can also stream as much as I want on my laptop, phone, or desktop for $40 a month.
Get a smart TV and you're set. Add WhatsApp, the world's leading messaging app, which gives me free calling, messaging, and video, anywhere in the world. Add in free Facebook messaging and you should be good.

4. The last major mundane thing (is that an oxymoron?) I'm going to rant about is U.S. Social Security. Don't get me wrong, I think Social Security is the best thing going since sliced bread, but let's face it... that's a huge organization that is continually hamstrung by corporate politicians trying to get their greedy (little) hands on the most successful government program ever that completely pays for itself!  WTF, you say??

I recently needed to contact them about the $200 taken out of my SS check each month for Medicare Part B, while I sent them a letter, I still had to request a letter from them yo get my secret code (that I didn't even know I had!) and then call them back with that code to verify I am who I claim I am... If they already had it, why did I have to call them ( I actually get it,  but really? that's your hi-tech system?)?
Oh, BTW...It took a month to get there... and did I tell you that Panama doesn't have mail service? I had it sent to my U.S. address (my sister's house), she had to open it, verify that it was the one I'd been waiting for, take a picture of it and send it to me, so I could blow it up and read the code and then enter it on the webpage they wanted me to enter it on ONLY TO FIND OUT THAT FREAKING PAGE DOESN'T EXIST ANYMORE!
Ommmmmm.... breathe...

The message is clear: get all this stuff out of the way before you get wherever you're going because it's gonna be a lot harder if you don't. In my defense, no one told me all of this (except the learn the language part).


Oh, and the other two minor things? PayPal and Upwork.
Panama doesn't like Paypal. Most Panamanian banks won't accept deposits from PayPal. I think it has something to do with the Panama Papers and (maybe) Panama getting spanked hard by the Financial World for getting caught money-laundering (not for doing it, for getting caught... I mean look at Deutsche Bank and Trump!). As a result, it's incredibly difficult for a foreigner to open a bank account in Panama. I Guess they gotta punish someone. Find another service like Venmo or Zelle to replace PayPal.

Last, unless you're a freelancer like me, you probably aren't familiar with Upwork. They help me by allowing me to display my graphic design and illustration work and references, find jobs and they manage the money, deposits, and payments (through PayPal) for completed work, taking a cut. They always get paid, I do occasionally... Anyway, I moved to Panama, putting my account on hold and now I have to jump through a bunch of hoops to get it live again when all I really want to IS GO TO THE BEACH!

I hope you've enjoyed your guided tour through "Without The Mundane, No Paradise," and, if like me, you're considering finding your own little slice of paradise, I hope you've gathered some information here that will be helpful to you no matter where you might end up.

Gary
PS: I'm always interested in what you think of my blog, Feel free to respond to me on FB or at garystamper.blogspot.com.  What's the main takeaway for you?
Happy Holidays, all!
Posted by Gary Stamper at 3:40 PM

thanks for taking the risk of being an explorer of moving to Panama. although I won't be doing it. I'm having too much fun splitting wood and waiting for the 14 degree temperature right now I'm proving that I am not a robot. do you have something against robots reading your blog