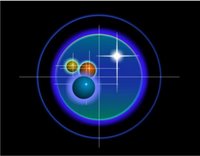 SeattleIntegral has a fairly new Core Visioning Group consisting of eleven or twelve individuals who deeply care about creating the next step in the evolution of an Integral Salon (There are a lot of amazing things about this, not the least of which is that our salon is getting so big, that the core group is larger than most salons).

On Integral Visioning, there’s a forum on Integral Organization. In that forum, “Theurj” posts the following:

“Diederick Janse's article "Integral organization, and then some" says that organizations do not go through step-like development because they do not have a dominant monad like individuals. An organization can begin at the level of development of its members. I've also heard Ken say this in the 2003 discussions with JFK students."

He continues: "Ken has said that Integral Institute is not an integral organization, yet most, if not all, of its members are of at least an integral level of development. So why isn't I-I integral? And if not, what level is it and why?"

I don't know the answer to those questions, but I'd sure like to. You see, I want to build a second tier Core Visioning group that oversees the development and organization for SeattleIntegral. We've been meeting a few months, and there's a growing number of members who are also feeling that vision.

My felt sense is that responsibility for a group's center of gravity lies solely with the collective leadership. In my case, as the current leader (facilitator might be a better word) of SeattleIntegral, it is imperative that the group not be guided by one person, and that the group can find the balance where I can step back, to let go of the reins, so to speak, so that this new leadership can emerge.

"One of the roadblocks for groups moving forward now is thinking that they have to wait for a leader to emerge - someone who embodies the future path. But I think what we've been learning with the "U" process is that the future can emerge within the group itself, not embodied in a 'hero' or traditional 'leader.' I think this is the key to going forward - that we have to nurture a new form of leadership that doesn't depend on extraordinary individuals." -(from "Presence: Human Purpose and the Field of the Future")

In a world of global institutional networks, we face issues where hierarchical leadership is no longer adequate, and personal cultivation of individuals within larger collectives of people is essential. I am thinking of leadership as changing from someone in charge at the top to more like distributed, shared networks.

For those networks to lead effectively, and work with awareness, and from second tier, we will all need to be deeply committed to cultivating our capacity to serve what wants to emerge. As Janse points out in his article, we need our individual holonic horizons to intersect at the highest stage, or Kosmic groove, available to the group.

Very cool - any "lessons" you have to share regarding creating groups out of "nothing", so to speak, and then dealing with all the structural and social expectations:

Looking for a leader
Power-sharing & control)(a person wanting too much, a person not taking control
Structure versus free-form

Insight from people further down the road is always great to hear.

I have found that creating a container of trust and respect creates space for the birthing of a new group.

Two books that I have read recently have specific examples of this process. Dialogue The Art of Thinking Together by William Issacs and Process Consultation by Edgar Schein. The book Presence by Peter Senge Otto Scharmer and others also describes the U Process as a framework to create transformation in groups and businesses and also has some real world examples.