The Global Political Awakening and the New World Order

Sobering article on the tipping point we find ourselves at by Andrew Gavin Marshall on the Global Research, Centre for Globalization website. 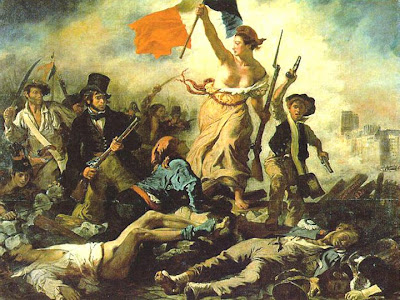 The Technological Revolution and the Future of Freedom, Part 1
By Andrew Gavin Marshall

Conclusion: So, the Technological Revolution has led to a diametrically opposed, antagonistic, and conflicting geopolitical reality: never before has humanity been so awakened to issues of power, exploitation, imperialism and domination; and simultaneously, never before have elites been so transnational and global in orientation, and with the ability to impose such a truly global system of scientific despotism and political oppression. These are the two major geopolitical realities of the world today. Reflect on that. Never in all of human history has mankind been so capable of achieving a true global political psycho-social awakening; nor has humanity ever been in such danger of being subjected to a truly global scientific totalitarianism, potentially more oppressive than any system known before, and without a doubt more technologically capable of imposing a permanent despotism upon humanity. So we are filled with hope, but driven by urgency. In all of human history, never has the potential nor the repercussions of human actions and ideas ever been so monumental.

Suddenly, global elites are faced with the reality of seeking to dominate populations that are increasingly becoming self-aware and are developing a global consciousness. Thus, a population being subjected to domination in Africa has the ability to become aware of a population being subjected to the same forms of domination in the Middle East, South America or Asia; and they can recognize that they are all being dominated by the same global power structures. That is a key point: not only is the awakening global in its reach, but in its nature; it creates within the individual, an awareness of the global condition. So it is a ‘global awakening’ both in the external environment, and in the internal psychology.

This new reality in the world, coupled with the fact that the world’s population has never been so vast, presents a challenge to elites seeking to dominate people all over the world who are aware and awakened to the realities of social inequality, war, poverty, exploitation, disrespect, imperialism and domination. This directly implies that these populations will be significantly more challenging to control: economically, politically, socially, psychologically and spiritually. Thus, from the point of view of the global oligarchy, the only method of imposing order and control – on this unique and historical human condition – is through the organized chaos of economic crises, war, and the rapid expansion and institutionalization n of a global scientific dictatorship. Our hope is their fear; and our greatest fear is their only hope.

As Charles Dickens once wrote, “It was the best of times, it was the worst of times.” That has never been so true as it is today.

To read the entire article, click here
Posted by Gary Stamper at 3:42 PM