How to Talk to Friends and Family About Collapse

Reposted from Collapsing into Consciousness 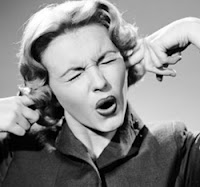 I saw the 2008 economic collapse coming. So did my wife. We had met online a couple of years earlier, and one of the first conversations we had was about sharing our perspectives on where we thought the world was headed. To both our surprise, we shared the same worldview. Later, after we decided to share our lives, we bought the property we now live on and began designing our house. I was still living in Seattle at the time, when suddenly in early 2008, all the evidence pointed to having to seriously move our schedule up, and quickly.

All of the economic evidence we were seeing was pointing to an unavoidable collapse, we just weren’t sure when—or how bad—so we put a plan into motion to move up my moving-to-North-Carolina date and getting as many of our ducks in a row as possible. I eventually quit my job and moved 3 months earlier than we had planned, and it was a good thing we did. Once here, we began shopping for a construction loan for the house we wanted to build, only to confirm that money lending was, indeed, tight. Rates were good, but you couldn’t actually borrow money unless you didn’t need it. Fortunately, we found a lender who would fund the construction loan and we closed it in early September.

Two weeks later, Lehman Brothers Holdings Inc. filed the largest bankruptcy in history, and Bank of America agreed to acquire Merrill Lynch for about $50 billion. The next day, AGI accepts an $85 billion loan from the Fed to avert the worst financial collapse in history, and the government takes over the company.

All mortgage lending screeched to a halt.

If we hadn’t seen it coming, we would have never closed our construction loan and started construction on the home we built and live in. It took us another two years after we completed the house years to get a mortgage.

I’m telling you this story to show you that I thought I was able to realistically see what is happening in the realm of the economy, not because I’m smarter than anyone else, but because I was willing to look a the facts and step out of denial. Gave me some real credibility, right?

While all of this was happening, I was also seeing all of these other system starting to collapse as well and how they were essentially all tied together., and came to the conclusion that not only was the economic system in deep trouble, but the systems around energy and the environment were also failing. So I began talking to my friends, family, and my neighbors about what I was, and am, seeing.
As I was talking with them, urging them put away some emergency food, cash, get out debt, begin the emotional work that these times would require, More often than not, I could see either a glazing over of their eyes, or recoil at the horror that I could be suggesting that the way we’ve been living our lives was about to change. Some said they didn’t want to hear negative talk or fear-mongering (see my article on “Whose Fear Is It, Anyway?“), some just quietly drifted away, and most just ignored us and thought we were crazy. One person said they did want to go into a CSA (Community Supported Agriculture) food share with us because they didn’t want my negativity all over their food.
We were deeply shocked at the level of denial that the vast majority of people exhibited, and there’s one thing we learned about talking to friends and family:

Honestly, I wish I had a better answer for you, but I don’t. I do have some suggestions for you that can possibly open the door for conversations with people that won’t leave you vulnerable and exposed. After all, if your friends or family had information that could affect your economic well-being, wouldn’t you want to know? How would you feel if, after the fact, you found out someone knew this was coming and didn’t tell you?

What I suggest is that you ask them is, “Have you seen this movie?” There are two movies I suggest. One is, “Collapse” with Michael C. Ruppert, an ex-LA Police Detective who discovered LAPD’s—and the federal Government’s—connection to drug smuggling into the US, and eventually had to quit because of the high levels of corruption he uncovered. The other is Chris Martensen’s 45-minute video presentation, Crash Course, a summary of his 3-1/2 hour 20-part Crash Course. These are both introductions into the world of change that we’ve already stepped into.

Don’t give them all of this information. Just tell them you saw this video you really liked, and that they should watch it. Then say if they’d like to talk to you about after they’ve seen it, you’d be happy to. That’s it! Don’t say anything else.

If they watch it and come back to to talk, great! You’ve opened the door to their awareness and done them a favor. If they don’t come back, they’ll just wonder what you saw in such a negative and paranoid piece, and you’ve done all you can without exposing yourself.

Now you can go on about your life knowing you’ve pretty much done what you can, and that . for whatever reason, they just don’t share your worldview.