How To Start An Integral Salon, Part 2 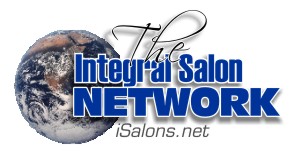 Tomorrow night, Wednesday, October 4th, is our monthly SeattleIntegral/Ken Wilber Meetup. It will be the 44th official Seattle Ken Wilber Meetup, a group that officially formed on February 20, 2003. There's a lot of history, there, and a lot of experience, some difficult, mostly very, very good.

The first step in building a new integral salon, or in finding one, is knowing where to look for others who are thinking as you do. I suggest starting with Ken Wilber Meetups. Go to the "Find Ken Wilber Fans" page to find out if there's already a group in your area, and if there is one, join it and start growing it. If you don't already have a Meetup in your city, start one. This is where most of our members came from, and where they continue to come from.

I remember well the nights when only Jake Werre (we met through the Meetup network), one of the other SI co-founders, and I would show up in the basement coffee shop at the Elliott Bay Bookstore in Pioneer Square. I also remember committing to be there at every meeting, no matter how few people showed up. I knew this was important, because people had to know that someone would be there, and no one should show up for a Ken Wilber Meetup and find no one had shown up.

In December of 2003, Jake was out of town, or something, and I was the only one who showed up. As I sat there, wondering where the others were who where surely interested in Ken Wilber, I knew we'd have to start doing something different if we were going to attract other fans of Wilber (I'll address that "something different" in Part Three).

This was purely selfish on my part. Oh, I knew if we could get something going, it could benefit a lot of people, but what I was looking for wasn't out of altruism........I just wanted others to talk to about this stuff that was changing the way I looked at the world: People I could learn from, hear different takes, get different perspectives, understand more.

The lesson from Part Two is to commit to showing up: Whether you're the one who shows up or if you're one of many, your commitment can make all the difference in the world.

All the while I was searching for others on the internet, and there weren't that many places to look. I'm grateful to Leonard and Murphy's Integral Transformative Practice website where I found Larry Jacobson, Blaine Snow, and Tom Mull. The ITP site has a page on forming an ITP group, and from there, you can go to a forum where you can connect with other ITP practitioners, most of whom have an interest in Wilber. Find the people in your city and invite them to meet with you.

I'm also grateful to Frank Vissar's Integral World website. Although it hasn't been updated in a while, there's also a list of Meetup cities.

Of course, if you aren't looking on the Integral Institute site, you're not really looking. Go to the Regional Community Spaces pages and look for your region, groups, and people. Find a group. Start one.

Last, look at iSalons.net, a loose federation of integral salons from all over the world that is a bottom-up effort at organizing salons, and, in some ways, is way ahead (for now) of Integral Institutes' Integral Matrix, probably because it is a bottom-up effort, and not top-down. Most of these folks know what they are doing, because they've done it (tell them how much you like their logo!...heh, heh....)

Most of all, have fun, and know that you're not alone. You just gotta set your intention and attraction forces and find the others. Before you know it, you'll be looking directly back into your own face.

Next: When Meetup no longer has the tools to grow a group.

Hey Gary: It's good to see that you're back. I am committed to showing up and doing my best when I do. Thanx iBUD for all of your hard work. We ain't so lonely no more. =)

Gary, thanks for all your advice. The group in Denver is slowly growing! Since we started in August, we've added a new face each month, and I just got an email from another woman interested in joining our Meetup in November. It's a great feeling! As you suggested to me in an email, Zaadz has also been a fabulous place to find people interested in KW/Integral-thought. Thanks again and just quick: Hooray!