More Change: This of a Personal Nature. 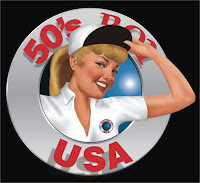 "The only constant in Life is Change." - Heraclitus

The first time I heard that quote was at a networking marketing meeting in a hotel in Coeur d'Alene, Idaho. It has become to carry such incredible meaning for me over the last fifteen years.

This is a time of radical personal change for me. I have not been blogging because I haven't had time. I've been building my freelance illustration and design business (click on my illustration at the head of this post to see a larger version), starting to build a new house west of Asheville, NC, with my beloved Anyaa, leading two new men's groups in a process I call "Integral Warriors: Embodying the New Masculine," and working full time.

Working full time for someone else comes to an end in three weeks.

Living in Seattle comes to an end in four weeks.

I'm looking for a new name for my blog!

I'm moving to a conscious community and retreat center located 60 miles west of Asheville, NC, on march 21st, where I'll continue working as a freelance artist, leading groups, and building our house, and loving this amazing woman!

Did I mention I'm looking for a new name for my blog?

The illustration above is seriously copyrighted! Don't even try to copy it! Copyright 2008
Posted by Gary Stamper at 8:55 PM 3 comments:

Change is Happening? What will it be? 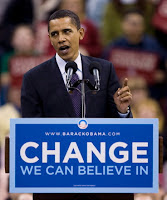 "No problem can be solved from the same level of consciousness that created it.” - Einstein

I thought for a while that, for the first time in my life, I would be casting a vote for a presidential candidate who was not the "lesser of two evils." It's not the first time I've been wrong. It's not that I think the Democratic candidates, Clinton and Obama, are actually evil, but that's how the phrase goes. It simply means I wish I had better choices.

Of course, that's a pipe dream for now. Any candidate who can make it to this level has made sacrifices to get there, it's still the way our system works, unfortunately.

So Clinton takes money from Big Oil, weapon manufactures, and even the health care industry, in an amazing turn around from her idealism of the '90's. Turns out Obama has taken money from some pretty well known bad guys back in Chicago. Everyone has a past.

So why am I still supporting Barack Obama? Because of the Einstein quote at the beginning of this blog. To me, Hilary represents the Washington business-as-usual crowd and a sense of arrogance and entitlement. She believes she deserves the Presidency and how dare this upstart get in the way of her plans. It's why she's gone Rovian on us, using Karls' playbook to win at any cost, going negative, demanding the Florida and Michigan votes be counted after agreeing they wouldn't because they moved their primaries after the DNC told them not to, and she's behind Obama in the delegate votes.

Barack Obama is the poster boy for the shift in consciousness that is taking place in this country, right now....and so is Hilary to a certain extent, but not in the way Obama is, igniting a sleeping giant that the ruling elite and much of corporate despise, because, in their collective, elitist minds, we're simply not capable of governing ourselves.

The big question right now is, are they right? If the last 30 years are any indication, they may well be right, because we've given up so much. Lambs to the slaughter.

Could we be seeing the shift in consciousness that's so desperately needed for mankind to take the next step forward in this wakening giant? Will the powers in charge create another situation wherein the sleeping giant will be disenfranchised once more as a previous generation was with the murders of John F. Kennedy, Martin Luther King, and Robert F. Kennedy?

Can you doubt they will try?
Posted by Gary Stamper at 10:25 AM 2 comments: 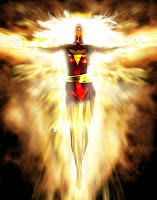 Finally....an integral approach to the coming shift.....Susan Cannon, a signer of the invitation below, is a personal friend and colleague, is on the SeattleIntegral Leadership group I helped found, and is an integral futurist and itinerant scholar-practioner choosing projects with "evolutionary leverage". Tom Atlee, also a signer, is founder and co-director of the non-profit Co-Intelligence Institute, and is the author of The Tao of Democracy: Using Co-Intelligence to Create a World that Works for All.

This is an important group having conversations about what is coming and how we might respond, and you are invited to participate.

We should certainly be having these conversations locally.

A CALL TO PREPARE FOR PROFOUNDLY UNCERTAIN FUTURE CRISES
(Please pass it on and distribute in your networks.)

An undercurrent of conversations is bubbling in all sectors -- among businesspeople, government officials, futurists, activists, citizens over back fences and blogs... There is a growing sense of crisis that neither mainstream leaders nor the public quite know what to do with. Many of us are talking about it in our own circles, separately, out of the public eye. Very little of this conversation is visible in the mainstream press and political debates, so we don't realize how many other people and institutions are discussing it.

Practically everyone has an opinion about this uneasy topic of crisis. Indeed, there is widespread, legitimate disagreement about the extent to which a "perfect storm" of complementary crises may be emerging in the near future, involving, but not limited to:

Many people believe that one or more of these or other crises could become catastrophic within decades or less. Some corporations are planning to profit by them, while some activists are planning to use them to push major social change agendas. Most citizens are just trying to get a grip on what's happening, each in their own limited way.

Despite the widespread sense that these are real challenges, hardly anywhere do we find diverse people exploring the full range of possibilities in each of these potential crisis areas, and seriously considering the impacts they might have on each other, for better and for worse, if they happened together.

This is a serious omission. By the very nature of these potential crises, we cannot know for certain how they will unfold. The natural and social systems within which they are emerging are complex, chaotic, vast, and increasingly out-of-equilibrium. Small unexpected developments could turn any of these challenges into minor problems or major catastropes within a very short time ... or change the game entirely. If we could be certain what the future would bring, and how these possible crises would play out, then perhaps we could discover or develop the best approach for dealing with each of them.

Now here's the surprise: In these circumstances of profound uncertainty, the fact that we disagree about our collective future and how to handle it could be our most important asset.

Living systems tend to be as resilient as they are diverse. In the same ways that diversified investments are considered more secure than putting all your money into one stock, genetic variation makes a crop more resilient against bugs. Crop species and populations that include wide variation don't tend to collapse when challenged, because they can call on a wide spectrum of strengths and resistances. Some variations may die, but others thrive, with the specifics depending on which environmental challenges show up. The same can be said for ideas and approaches. Since we don't know what will happen, it behooves us to have people and organizations who are researching, advocating, and preparing for as wide a range of scenarios and outcomes as possible.

Well, we already have that. What's missing is that most of these players are not fluent at thinking along that whole spectrum -- or even communicating with others who are thinking about a different set of outcomes. This makes it less likely that the ideas and approaches we need to deal with what occurs -- or might occur -- will be available at the right time and place to choose from. We are talking already, just not with each other. We are people in various sectors

-- from diverse officials and experts to diverse ordinary citizens and community members -- who hold different views about what might happen, and who have different knowledge, resources, and connections.

It is time we start REALLY talking together across boundaries, stimulating each other's thinking, cross-fertilizing ideas, even collaborating -- because all of us are smarter than any of us.

We can explore various scenarios together, asking, "If that happened, what would that mean? What else would be happening? What kind of response would be called for? What would we do?" We can explain to each other what it is like to be working where we work, living where we live, the opportunities and constraints we know about that might be relevant to how all this plays out. We can share what it feels like to explore the potential disruptions of crisis -- or to talk with other people who feel so dramatically different about it than we do. We can learn from and about each other and store up our deepened understandings and relationships for the future, when we just might need them.

The idea of such conversations -- which we're calling Phoenix Conversations -- isn't to plan, so much as it is to become more fluent and flexible in navigating an unknown, unknowable future together. The more we explore such scenarios and diverse perspectives, the more prepared we become to meet any given future, even ones we haven't thought of before. And when we interact with such scenarios together in a safe, passionate, respectful atmosphere

-- whether done through disciplined scenario work, wildly creative emergent processes, or down-at-the-cafe conversation -- we discover more about who each other is, and where it might be productive to think or work together further.

There are many ways -- organized* or spontaneous -- to have such conversations. If you are a friend or neighbor talking with others about this, think about how you could explore different scenarios together. If you are a professional conversation host or facilitator, consider suggesting or convening a Phoenix Conversation that engages your community or clients. If you are already engaged in crisis-oriented conversations or preparations of any kind with anyone, you may want to seek out others from other sectors or other perspectives to talk with. If you have relevant expertise or projects, you may want to bring your knowledge and questions into a conversation that includes a wider range of people, a wider range of potential crises, and a wider range of scenarios from mild to serious to devastating. The more diverse people become connected to each other and comfortable with the variety of possible responses to diverse possibilities, the more prepared we will all be in meeting whatever happens.

The Phoenix Conversations Project is convening conference calls (and soon a website) where those of us interested in this approach can talk about what it might mean and what else we might do, separately and together, and learn as we go. If you are interested in joining one of these calls, send an email to phoenixconversations@gmail.com briefly describing conversations like these that you are having or would like to have, what you think might help you in the process, your interest in connecting with others, and any relevant experience.

We will get in touch with you.

Finally, if you know of any financial or organizing resources which could be applied to this project to help make the best use of whatever emerges from these conversations, do let us know.

We are, after all, all in it together -- no matter what happens.