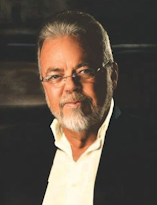 In my last post, I wrote about turning 75 and in archetypal terms, coming to terms with moving from the Warrior stage of my life into the realm of the (hopefully) Wise Elder stage of my life.

Only a month has passed and I'm about to ride into the turmoil of change with some trepidation, but thankfully no fear, just an awareness of the danger it involves. Long story short, I'm leaving Napa at the end of July, and I'm going to miss a lot of people I won't get a chance to personally say goodbye to.

I'm going to miss some of you terribly. You know who you are

As the title of this blog mentions uncertainty, I'd hoped to stay in Napa until I could leave for the clear turquoise waters of Bocas Del Toro in Panama.

In all fairness, as Covid-19 is blowing up again in the US because of an amazingly incompetent cult leader (and adolescent cult immaturity) which I've documented well on my Facebook page, there may not be anywhere that is safe, but there are places that are safer than others (so far).

Unfortunately, I'm not going to one of those safer places. I'm jumping right into the fire!

It's a move I wasn't planning on after moving across the country to be here less than two years at the invitation of my sister, who has now has changed her mind and wants me out. That's another story.

At the end of July, movers will be loading what's left of my belongings into a moving van and I'll be jumping into my car and driving to Galveston, TX close to where my oldest daughter and one of my granddaughters live. Hopefully, I'll only be there until I'm able to get to the Caribbean beach town I hope to wind up in.

Galveston is a little southeast of Houston, which appears to be one of the newest COVID Hotspots with confirmed cases surging out of control with a record number of new infections. 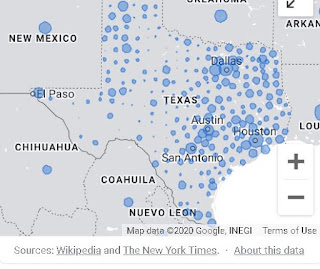 Although cases are also exploding in Florida  and Southern California, the North Bay Area still seems relatively quiet - and still safe - in comparison.

It doesn't take a rocket scientist to know that it's not safe to drive across the country or to move into a strange apartment in the middle of a pandemic. I imagine I'll be eating out of supermarkets instead of restaurants on this trip.

Can't even begin to tell you how much I'm looking forward to staying in hotels for 2-3 nights.

So, you may be thinking, why don't I just go directly to Panama?

Panama has not been hit hard by the virus in comparison to other countries because their president was smart enough to close the borders and completely stop all flights in and out of Panama except for essential businesses. Still, they've had infections and deaths, but have handled the pandemic remarkably well, much better than...well, us.

Another display of American exceptionalism!

The point is that you can't even get into Panama without a 14-day quarantine unless you're a citizen, and even then, it's difficult. Panama has a 6-point reopening plan and they've already pushed the second stage date back as the virus rages out of control in countries and places like the U.S,  Europe, the U.K. and others. If I'm lucky I may be able to get there mid-October earliest, but frankly, spring is probably more likely, so I'm making two moves instead of one.

But wait! There's another problem!

As is patently obvious, Trump's presidency is built to keep people out of the country, not to govern it, and as a result, while the U.S. is is the current leading COVID-19 hotspot on the planet and closes Its borders, Europe is considering banning Americans.

And if Europe does close its borders to America - after all, we're number 1 - other countries will likely follow suit.

I always knew I should have gotten that second passport! I'm gonna make myself a margarita and go out in the backyard and stick my toes under the hose....