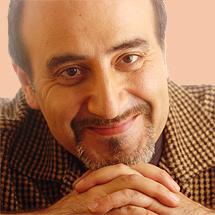 
Mark S. Husson is a man with a lifelong interest in the inner workings of the mind. Mark's astrological classes and workshops enabled psychotherapists, psychiatrists, psychologists, and lay persons to become aware of astrology's ability to empower themselves and their clients. Visit: www.12house.com.
Posted by Gary Stamper at 9:52 AM

Fantastic article! This is so relieving! Thanks so much!! ))