Being a Better Man #1: Tell the Truth to Strengthen Your Relationships 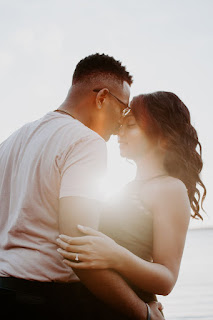 It’s easy to lie. Sometimes it’s convenient. We often do it without thinking or just because we’re lazy, or thinking we’ll hurt someone’s feelings. A white lie. Sometimes we do it to protect ourselves: “What will they think of me?” A lie of omission (crickets).

A lie can be an insurmountable wall between people and even our own walled-in fears about what we’re afraid to acknowledge about ourselves. Lies can also be the coward’s way out of having difficult conversations…with ourselves and others. Don’t rock the boat, Go along to get along.

After the end of my last relationship – Okay, okay, my divorce (see what I did there?) – I took what I thought was much-needed time off from being in relationship to rediscover who I am as an individual whose identity is no longer at least partially defined by who I chose to partner with. When I decided to jump back into the dating pool about 18 months later, and thinking about what I was looking for in a partner, it was obvious to me that, at 73 years of age, I don’t have a lot of time to make mistakes or time to waste.

This is where the need for integrity comes into play and where small talk becomes a time-killing curse.

Disclaimers: While I’m talking about Intimate relationships with partners, I’m coming from a masculine perspective, but what follows is gender neutral and can also apply to friends just as easily.

Nothing here is easy, however.

When we first meet someone, we naturally want to put our best foot forward; that’s perfectly normal, but only up to a point. We want people to like us, and sometimes we might not tell the whole truth or leave something out because we’re afraid they won’t. At the same time, if someone says they're looking for a certain type of person and you know you're not that kind of person, but you show up anyway, you might have already told the first lie.

Of course, it goes without saying that truth-telling should be presented in a gentle and respectful way, and must be appropriately timed. In other words, you wouldn't want to blurt out "I have genital herpes" on the first date unless it becomes obvious you're going to get laid. A first date often revolves small talk around a group of fairly shallow hurdles that must be successfully navigated to determine if there'll be a second date, and somewhere along here, the opportunity may present itself to begin having deeper conversations and "is this someone I'm interested in enough to want to go deeper"?

You should have a pretty good idea where you'd like to see this new relationship to go at this stage. Once you know that, you do everything you can to make that happen, and if the other person isn't interested, you should immediately thank them and move on. They did you a favor by not wasting your time.

For me, as soon as I know I'm interested in going deeper with them, I'm attracted to them, I let them know straight out and ask if they’re interested in going deeper with me. If not, maybe we can be friends, but probably only superficially. I like going deep with my friends, too. If the answer is yes, I’ll then – and only then - gently move toward whatever difficult conversation might be needed, what might be a deal-breaker for them. And we never know what that possible deal-breaker might mean to another person. Could be age or health issues. Could be your cold parents who never said I love You and did not model mature loving partnership. It might be that short time you spent in jail or in rehab, or even previous marriage(s) (see what an impact a pair of perfectly placed Parenthesis' can have?).

With honesty, integrity, and timing, even if you have Genital Herpes, there's still relationship potential. We're all sacred imperfect beings and people are a lot more forgiving if we're honest with them an tell the truth.

Again, this is a process, probably not first date conversations... conversations that involve truth-telling should only happen when they are appropriate.

Once that conversation is started, I’ll be giving them what they hopefully need to make an informed decision to proceed or not proceed by going deeper...or not.

When you speak truth to someone, one of two things will likely happen: they will either admire you for your bravery, candor, authenticity, and be grateful that you shared your wisdom with them, or they could decide to either move carefully with you until you’ve built up more trust with them (you’ve already started).

There is a third possibility: They may choose not to continue the relationship at all.  Either way, you will have remained in Integrity. Better you both find out now, than later.

Even if the other person chooses to move on, you will part on better terms than if you were caught in a lie or omission, which could result in a total breakdown of any trust on their part and do a lot more damage than if you had been truthful with them in the beginning. They’ll be angry, and rightfully so, because you didn’t give them a choice. You led them on. You fucked up. Twice.

To recap briefly, when I meet someone new, I’m completely upfront about who I am with a couple of caveats: First, if we’re just going to be friends, there are some things that are just none of their business, and I’m not putting them at risk by them not having that knowledge.

Second, the moment I sense that I’m interested in having a deeper relationship with someone, I let them know, and if they are still willing, I’ll gently initiate conversations about anything that might color their eventual decision whether to reciprocate my feelings for them…or not. If they choose to go away, for whatever reason, I'm already ahead of the game because I’ll be avoiding bigger pain down the road.

Are you willing to go deeper into difficult conversations to deepen and strengthen your relationship with others and yourself?? There are more benefits than dangers when you choose to be in integrity, and most of those benefits are to your soul, psyche, and well-being.

It's all about integrity.


Questions To Ask Yourself
Posted by Gary Stamper at 5:10 PM 2 comments: