Thoughts on Turning 75: The Last Quarter

My first awakening thought this morning was “go back to sleep,” but that was not to be.


As the bright morning Napa sun strained to squeeze past the closed blinds of my bedroom window, I knew continued sleep was a lost cause giving way to a mounting excitement and a deep and profound sense of gratitude. 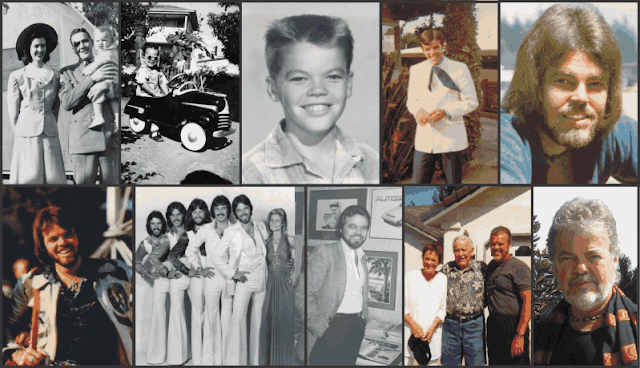 I didn’t think I’d be so young, and my ego is assuaged by knowing that there are a lot of 60-year -old men that look older than I. Plus, my health is excellent, which I am also grateful for.

I remember thinking about who I’d be at 75 at many different times in my life. The first as I was about to turn 13. At that time I thought about 50 to 60, my grandparents' approximate age at the time. It was apparently as far forward that I could think at that time, I think because 13 was coming up, then 16, 21, and way off in the distance, 30.

I've done that many times in my life, but it wasn’t until I reached my fifties that I began thinking about my life as a finite resource.

It was at that time that I began thinking that my life had not yet mattered. Yes, two successful careers already under my belt – ten years as a professional singer that I wouldn’t trade for anything, and then a great career in the sign industry that had already netted me three international design awards – but nothing that mattered…

That was when I had the realization that if I were to have died at that point, my life would not have made a difference. No meaningful contribution to the planet or humanity, no legacy, nothing left behind that mattered, no meaning. In the big picture, I might as well have not existed.

This happens a lot to men in their fifties and sixties. Not finding meaning in our lives and careers, many of us start looking for something beyond ourselves, something bigger.


“Man does not simply exist but always decides what his existence will be, what he will become the next moment. By the same token, every human being has the freedom to change at any instant.” ― Viktor Emil Frankl, Man's Search for Meaning

So I set about to change that, fully realizing that finding meaning means different things fo different men. I was looking for my meaning.

My first legacy was the formulation of SeattleIntegral, the second integral salon in the world based around the work of philosopher Ken Wilber and a model for other developing integral salons in the world. A second contribution was my men's’ workshop, The Integral Warrior, and the book that came out of it, Awakening the New Masculine: The Path of the Integral Warrior.”

A world-changing legacy? No, but I’m comfortable with it, and I continue doing my work as it shows up on a day-to-day and person-to-person basis.

This post is meant to be a reflection of that.

So what’s next? I’m now embarking on the beginning of the Last Great Adventurer of My Life.

Today I’m contemplating another change, this one out of the country as I search for the perfect beach community as an “ex-pat” to further semi-retire as a digital nomad in a comfortable lifestyle that isn’t possible for me in the U.S.  I’ve wanted to do that for a while but didn’t want to go alone. I’ve gotten over that. Although I’d love a partner, I don’t have to have one.

There are a lot of countries where this is not only possible but where thousands of “ex-pats” have gone who are very happy and comfortable, and I’ve pretty much narrowed down my many choices.

As I’m sheltering in place, I'm learning Spanish and further increasing my freelancing from anywhere digital nomad skills, I’m looking for a smaller beach community where I can dip my Margaritaville toes in the crystal clear turquoise and blue Caribbean waters, bury my butt in the sand, leave my car(s) behind, get a bike to get around, walk to the supermarcado for fresh vegetables and staples and the local fishermen for seafood. Start another garden.

As for turning 75, I’m good with that. It’s been interesting watching and observing dispassionately my moving from the warrior stage of my life into the role of the (hopefully) wise elder. I still carry the warrior archetype but it’s been a bit softened by realizing I don’t have to “win” anything anymore.