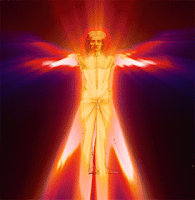 The introductory weekends are over. Two of them held in August and September have produced six men who are willing to step into the complete process of learning how to more fully embody The New Masculine over a 7 month period.

So what is this "New Masculine" that this process helps emerge? Both the bully and the new-age sensitive guy are archetypes that need to be transcended and morphed into a new arena of cooperation, or collective individualism. We need a fresh new way of looking at the issues that face us. The many ways we've been acting are not working.

More and more people are talking about the need for this next wave of thinking to arise as the only way we're going to solve the massive problems that are all converging on us at once, created by old paradigm thinking. These paradigms have left us with the problems of a crumbling world economy, peak oil, culture and the coming water wars, climate change, over population, and famine, just to name a few.

Just think how impossible it seems to change our crumbling financial and health/insurance systems. It pains me to think of the money we're throwing at the financial system to keep it afloat, in spite of it being unsustainable in it's present form. It won't be until the systems more or less collapse that we'll get any kind of meaningful change: when enough people wake up to "it just isn't working." The hope is that we don't totally collapse into the most basic of Maslow's Hierarchy of Needs.

Just as the old paradigms must die before new forms can emerge, so must men "die" to the old before they can emerge to the new.

By doing work around archetypes, shadow, initiation and ritual, men can dive deep into their own psyches, figure out for themselves what is no longer working for them, and how to emerge into a new way of being, what David Deida calls "3rd-stage masculine," that opens their hearts into a subtle, authentic way of living and loving that gifts the world with their presence.

Six men have agreed to take responsibility for their own evolution, fearlessly facing their inner demons, so that they may grow, mature, and step into the masculine role that the world so desperately needs at this time on the planet: that of the Integral Warrior, the Spiritual Warrior, the Shamanic Priest, this New masculine with integrated consciousness and awareness, loving themselves, their loved ones, and the entire connected planet.

I'll be doing a make-up session before we begin in late November for other men who would like to participate in this cutting-edge work around the New Masculine. I have room for four more men and I invite you or your loved ones to join us.

To find out more about The Integral Warrior: Embodying the New Masculine, click here.
Posted by Gary Stamper at 9:51 AM No comments: