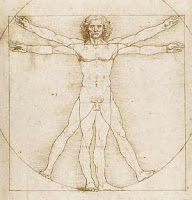 I've just created The Integral Warrior facebook page.
Join me and committed men and women everywhere as we learn how  to embody The New Masculine, the Divine Masculine, Eros, integrate and call in all perspectives into BE-ing with fierce awareness, stretching the boundaries of what is possible, bravely holding space for the feminine, nature, body, spirit, integrity, authenticity, wisdom and heart. Using new Integral and Developmental Systems Theory, breathwork, and traditional archetypes, initiations, and ritual, you’ll learn how to align your true purpose and the full embodiment of presence for the highest good of all beings.

Posted by Gary Stamper at 6:32 PM No comments:

Change is the Only Constant in the Universe 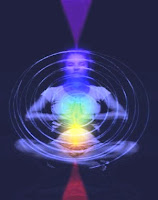 I first heard the title of this post in the 1980's when I was recruited into a network marketing business. I jumped into it passionately and was making pretty good money when the company folded unexpectedly, leaving me and about 200 of my down line hanging out there. Change.....

This blog is undergoing another change. I first started writing here several years ago with the blog title "Integtral in Seattle." I was, at the time, the founder and leader of what has grown into one of the largest integral salons and communities in the world. When I moved to North Carolina a couple of years ago, I changed the name of the blog to " Beyond Integral," a reference to what felt as,  and still does, a shift from the cognitive aspects of Ken Wilber's Integral Framework, into a broader, more expansive view of the the Integral Model.

I'm changing the title of the blog again. For those of you who have followed my writing for the past few years, you can see it represents another shift: in what I'm doing and and how I'm writing about it. The title, "The Spiraling Universe," represents how I see human consciousness, and the universe, unfolding.

For instance, much of my writing has been about integral philosophy and how it has impacted my life. Now I'm moving into bringing more of my work into the world, work that I believe is necessary. That work, of course, will always be informed by the integral model and Spiral Dynamics Integral, but is no longer the focus of my workshops and writing, but rather, an integral part of the larger picture which is all about how and why people shift in ever-increasing expanding circles of evolutionary consciousness and complexity.

The main focus of my work is with mens consciousness because the vast majority of men in this country at stuck at David Deida's first stage masculine, with about 20-25% at second stage, and maybe 1-2% of men are emerging into third stage masculine (read about the model here). Until we can reach the tipping point of approximately 10% of the population at third stage, the patriarchy will continue to dominate the planet. I do this work by combining and integrating the ancient wisdom of the Shaman, death and rebirth cycles, altered states, and new sciences of integral and developmental systems, creating a new paradigm of teaching and learning.

But the reason men should do this work that prepares them to transform into third stage masculine is because it empowers us. Not in a patriarchal sense, but from the perspective of our own freedom.

Welcome to "The Spiraling Universe."
Posted by Gary Stamper at 5:47 PM No comments: