The Next Wave of Men’s Work: From Mythopoetic to The Transpersonal 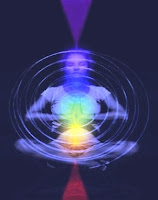 As I’ve begun my book tour for Awakening the New Masculine: The Path of the Integral Warrior, one of the benefits I’m seeing for myself is to be once again immersed in integral community. I knew I was missing the “we” space of SeattleIntegral, the salon I helped found and moderated for five years, I just didn’t realize how much.

Over the last few weeks I’ve done a book talk with the combined  Atlanta and Roswell, Georgia Integral Salons, I’ve just returned from doing talks with DC Integral Emergence and Integral New York City Meetups, and I’m getting ready to head out to the west coast with a series of book talks for book stores, salons, meetups, and workshops  in the San Francisco Bay Area and Seattle.

It’s very different talking with integral groups as opposed to book stores and Mankind Project I-Groups. When I’m talking with a group  that hasn’t been exposed to Integral Theory or Spiral Dynamics, I have to give a different talk, and make vague references to “integral and developmental systems theory” as part of a larger picture of what I do in the Integral Warrior Men’s Process. There’s a learning curve around language that begins the first weekend of the workshop that sets the context around both these systems sometimes, if not presented in a way that minimizes the appearance of hierarchy that can turn men off.

Part of this is because my target audience of men are, in Spiral Dynamics terms, “green” emergent to “yellow,” and green level of consciousness generally rejects hierarchy, not yet understanding the difference between natural and dominator hierarchies.

But when I’m talking with an audience who already gets “integral” and Spiral Dynamics, there’s something that happens with everyone firing on all cylinders, mutual capacities, and a common language that just makes everything connected and we all get to fall in love. With men and the integral Warrior Process, one of the goals is to create that same kind of connection as quickly as possible so that a new awareness and consciousness can emerge within the group, and the way to get there as quickly as possible is to practice with individual and group meditations.

Integral groups ask really good questions and one of the questions I was recently asked at the DC Integral Emergence meetup was, "How is your work different from the men’s movement of the 80s?"
The first and obvious answer is that the mythopoetic men’s movement does not include integral and developmental systems theory. Nor does it include the Sacred Activist as described by Andrew Harvey in his book, The Hope.

The "men's movement" of the 80's was, and continues to this day, to be what I'm calling the first wave" of men’s work, which is, as Wilber says, “necessary, but not sufficient.” It relies heavily on the mythopoetic, using mythology and analytical psychology, and consists mostly of psychological self-help groups which tend to stay away from explicit stances around psychospiritual and sociopolitical issues, or Sacred Activism, which the Integral Warrior dives right in to, as would be necessitated by taking an integral approach.  This requires being able to take and hold multiple, bigger, and sometimes paradoxical perspectives.

Another way to describe this is that the Integral Warrior requires the Monk to come out of his cave and to be involved in the world.  Simply retreating inward is not sufficient with the global problems we face today. The Integral Warrior workshop and the book allows men to transcend (and include) mythology into the transpersonal, and to then allow that to inform their Sacred Purpose.

Transpersonal  development includes both rational and transrational faculties, as well as a sense of oneself as an individual organism, while simultaneously expanding to embrace all phenomena, including a larger “we.”

It is, quite simply, the move from 2nd stage masculine to 3rd stage masculine: the shift from the mythopoetic to Integral, and Integral is the bridge to the next level of consciousness.

Please like Awakening the New Masculine‘s Facebook Page
See where Gary is appearing on his national book tour link
Posted by Gary Stamper at 2:31 PM No comments: