LIVING IN THE TIME OF DYING

Facing the truth about climate change

“Why is acceptance of overshoot, abrupt climate change, and the inevitability of collapse vital for living meaningfully and vibrantly? How did we get here and what attitudes and actions make sense now? Michael Shaw explores these questions through interviews featuring: Author of ‘Deep Adaptation’, Professor Jem Bendell; Dharma teacher and author of ‘Facing Extinction’, Catherine Ingram; Journalist and author of ‘The End of Ice’, Dhar Jamail; and Elder, teacher, author, and Citizen of the Chiricahua Apache Nation, Stan Rushworth.”

Posted by Gary Stamper at 10:58 AM No comments: 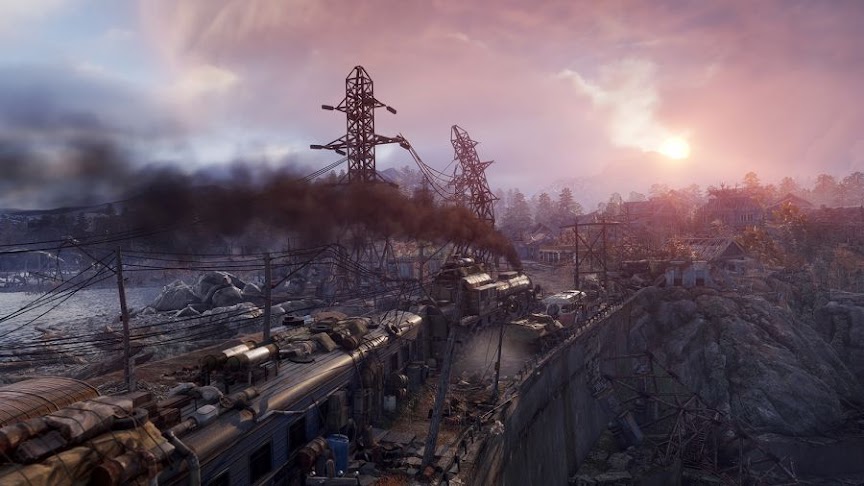 .
It looks like the Democrats are going to be in charge of the government! They won the 2 Senate seats in the Georgia runoff giving them the same number of seats in the Senate as the GOP with Vice President Harris the tiebreaker. It's been suggested by the corporate "middle-of-the-road" arm of the Democratic Party that we "try to work with the other side of the aisle," because that's what the American public wants. No, it isn't. Almost half the country (even if you count the Senate) believes we're going to hell in a proverbial handbasket. We'll either all be speaking Chinese in a couple of years, or the Satan-worshipping DC libs and Hollywood elite pervs will own all of the Pizza Parlors that have basements, or, we'll be A.I. controlled nano-bot zombies because we took the vaccines for the 350 people who actually died from COVID-19 while the rest just had the flu (and died... those who are left will probably be sitting around watching "Family Guy" and "Dallas" re-runs as a result of the nano-bots making them stupid... oh, wait!). That same of almost half of the country wants to restart the civil war with or without Trump, and even right-wing blacks and women are constitutional "originalists," whatever the f*** that means, especially to them... Meanwhile, climate change is real as populations all over the planet are already migrating to places that still have water and arable land where they think they can grow food. Many of them are coming from Latin America to the U.S., not realizing that Califonia's Central Valley and the Midwest's "Bread Basket" will soon be toast. Scientists are now saying that if humankind were to disappear tomorrow, and the pollution completely stopped, it would still be forty years or more before the seas stopped rising. Coasts everywhere will be changed forever along with the cities that are on them, including low-lying valleys along with rivers where food is grown. Think about what happens to the midwest when the Mississippi river overflows... Also imminent is a global financial collapse, including the U.S., where we were already in deep financial s*** before COVID-19 struck and further devasted the global economy. As for Wall St. and the Federal Reserve, you can only run the same scams for so long before everyone knows what they are. That's when the pitchforks and torches come out. The Game of Survival is on and it ain't a TV show. It's time to GO BIG OR GO HOME. Democrats need to rain down the full force of the justice required for treasonous actions on the bad actors of the GOP who are trying to overthrow a democratically-elected government so it never happens again. More importantly, we need a global "Save the Humans" (and everything that supports us on the planet) plan if humanity is to survive at all and we need it now, or we're no longer going to need it at all... Because it will be too late. I pray we're all up for this but I have serious doubts. Gary

Posted by Gary Stamper at 10:51 PM No comments:

ONE WORLD, ONE MIND, ONE HEART

An Introduction to A Certifiably Nondual Shamanic Mystic in Paradise

More changes in my life: I've had this blog for 16 years and it is now undergoing its 3rd iteration. Originally called "Integral in Seattle," it changed to "the Integral Warrior" while I was in North Carolina focusing on my flagship men's workshop of the same name, and now that I'm in Panama, the focus is changing again.

I'll still be using the skills - the building blocks - I learned during the previous versions of the blog such as certification in "Generating Transformative Change in Human Systems," My Doctorate and Masters degrees in Shamanic Psychospiritual Studies and Intuitional Practices, and certification in creating altered and non-ordinary states of consciousness.

The banner should give you an idea of my new direction around what I consider to be the most important issue facing humanity: Confronting our relationship with the planet and ourselves.

A Facebook friend just called what I'm doing a "disruptive strategy," and while by no means am I the first to arrive at this party, I am delighted to be a reveler at it, following in the extraordinarily capable footsteps of Rachel Carson's Silent Spring. I read Silent Spring in the fall of 1962 at the recommendation of President John F. Kennedy. It fueled my interest in eco-environmentalism, and while I occasionally fell from grace, I never forgot the book that inspired the modern environmental movement and its effect on my life.

Today, I humbly and respectfully seek to stand at the side of today's giants who are calling out "humanity's broken relationship with nature" that comes at a cost far too expensive to bear: Humanity's needless suicide resulting from greed and separation from each other and the planet

I’ve written before about humanity’s proper role on the planet as a subset of a larger eco-system. If we had stayed on that path that indigenous cultures honor, we might not be facing possible Near-Term Extinction (NTE) today. Instead, we’ve chosen to dominate “nature” instead of partnering with it, beginning about 12,000 years ago. Research shows that wherever on Earth humans migrated, other species have rapidly gone extinct. You can read about the effects of human influence on extinctions here.

We’re supposed to be the most intelligent species on the planet, but it appears that we’re just “smarter apes” and that we have "outsmarted" ourselves to the point where we may well become a failed species, a brief experiment that didn’t pan out. What is humanity’s biggest threat? Humanity itself.

What kind of moral, philosophical, or intelligent argument can one possibly make for the perpetuation of a species that is its own worst enemy? The interesting part of this is that we are continuing to choose the path of extinction, even after almost 50 years worth of constant warnings. Perhaps this is the collective shadow of humanity saying to itself, “we’re bad and we don’t deserve to live.” Alex Smith of Radio Ecoshock asked “will we choose extinction, even when more natural ways of survival are known, are right before our faces? Are we too inflexible to survive, too wedded to the many fossil powered slaves we all enjoy, from cars to dishwashers and vacation flights?”

Does that mean that our lives have no meaning? I don’t believe so. Our lives have meaning up to the point we give them meaning, no more no less. We’re the lucky ones. Quoting Guy McPherson, "We get to die which means we got to live." These times are an opportunity for us to truly step up into new ways of being with each other and being with the planet. I know it is unreasonable to think all people will act nobly and heroic with others, but the opportunity before us in the face of NTE is to discover our deepest humanity.

How do we do that?

By healing the deep wounds of humanity, developing our emotional resilience through what’s coming by openly grieving and supporting each other, and by developing our ability to believe in something bigger than ourselves, even if it’s attending to others..."

We do it by remembering who we are, by falling back in love with the planet, the mother, who birthed us all, providing all we needed. The Earth is not something outside of us. "Breathing with mindfulness and contemplating your body, you realise that you are the Earth. You realize that your consciousness is also the consciousness of the Earth. Look around you–what you see is not your environment, it is you."

We do it by remembering what we've forgotten, that there is no separation, that we're all connected, to each other and everything, and that we succeed or fail together.

Rev. Michael Dowd says the fundamental distinction of our time is not liberal or conservative, not capitalism or communism, not right or left, but whether we are Pro-Future or Anti-Future.

That's what this blog is going to be about and I'll connect it to everything that's going on around us, what helps us get to where we need to go and so what prevents us from getting there. I won't do it alone. I'll do it with your help and with the help of the giants I mentioned earlier.

Posted by Gary Stamper at 2:33 PM No comments: