How Do the Democrats Move Forward After Impeachment? 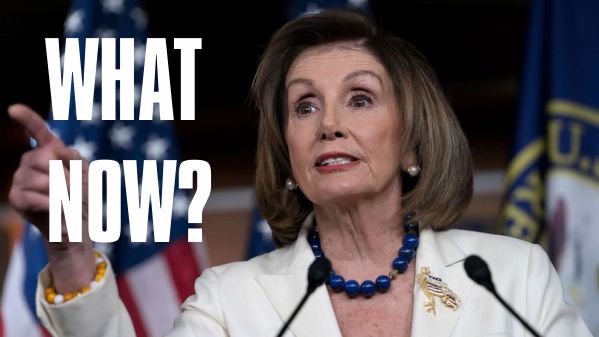 Make no mistake. McConnel, along with Linsay Graham. who have both stated that they are not impartial players in his drama, have made it abundantly clear that the outcome of this sham trial would have but one end, which would be the complete exoneration of Donald J. Trump. With this public proclamation and as jurors in what would be a bogus trial.  they would then be guilty of abdicating their constitutional duties to oversee a president run amok.

The good news for Pelosi is that there are no guidelines or how long Pelosi can withhold the transmittal of the articles... the bad news is that if she continues to hold the transmittal she runs the risk that public opinion, currently on her side, might turn...unless...

Here's what needs to happen.

1. Explain what you're doing. Make a huge fuss over refusing to transmit the Articles of Impeachment to a kangaroo court incapable of conducting a fair trial with witnesses, and that - by their own words - has already decided on an outcome.

2. Keep the pressure up. Trump will likely turn furious at not being acquitted and exonerated, giving more time for documents and information to surface, court rulings, and will make dumb mistakes that he will not be able to avoid due to his psychological makeup.

3. Use the power of the subpeona. Keep everything completely transparent, it's time to actually subpoena all of the witnesses who refused or were told to refuse to testify by the president. That includes Trump, Pence, Barr, Pompeo, Mulvaney, Giuliani, white house workers past and present... . and others, forcing them to testify before the House Judicial Committee or face Contempt of Congress charges.

4. Use the tools that come with subpoena power.  That includes Contempt olf Congress charges, arrests, jailing, fines, etc. The criminal offense of "contempt of Congress" sets the penalty at not less than one month nor more than twelve months in jail and a fine of not more than $100,000 or less than $100. Use it to make examples.

5. Make the process completely transparent. Make sure the public is kept aware of any efforts to subvert anything less than the truth.

This is where we must not tire, grow weary of this necessary and sometimes painful process,. Whatever the outcome, it will yield a profound effect on what kind of country we are to become, and pehaps determine even the survival of our democracy itself.

Posted by Gary Stamper at 3:28 PM No comments: