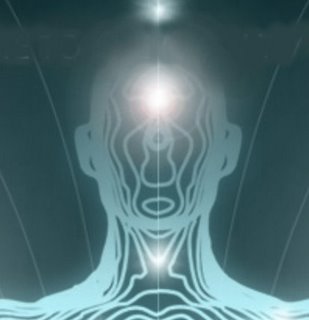 It's been too long since I've posted, but the SeattleIntegral list, which I moderate and administer, just exploded this month! We've had over twice the postings from any previous month, and the quality of the various discussions has been exceptionally high. There are a lot of reasons for this, not the least of which, we're 135 strong and growing, and perhaps I'll touch on that in a future blog.

The SeattleIntegral ITP/ILP Insight Dialogue event with Terri O'Fallon, was this last Saturday. We had a full house, and for the first time we sold out an event prior to the event! All of the proceeds from the event were donated to Pacific Integral's "Generating transformative Change" International Travel Fund.

From Terri: "I am humbled by the possibility of having you folks sponsor our international people. Right now we have a young woman from Palestine who is in our program, and she is struggling with no electricity no wages, and is having a terrible time over there. She is only 23 years old and yet has completed her legal degree and has already passed the bar, and is working on the equality and child laws over there in Palestine. Her mom passed away and she is raising her younger siblings. She waited for an entire year to save enough money to pay for her first ticket here to be in the GTC program - an amazing young woman. We aren’t sure she can even make it even if she has the money right now, but we will do what we can to bring her back over here, and you would be one of her sponsors with these donations. I am truly grateful for any offerings you would lend.”

I wasn't able to attend, as I was in Boise for a long overdue visit to my youngest daughter and two of my three grandkids. However, I've been through an extended ID session with Terri before, and that's why I was so excited to bring this to the group.

The feedback from the event has been excellent. The one complaint seems to be that there wasn't enough time to really get into the process....and that's part of the point. I want to encourage those who attended to take the excellent handouts Terri provided, get more familiar with the process, and take it out to the various sub groups we work with. As an example of that, our ITP/ILP group used the process last night at our regular meeting, instead of the usual "check in" we've used for the last year and a half. I lead a brief Insight Dialogue induction after our regular meditation. The feeling of an altered state with the group was palpable. We then went on to have one of the most open and heartfelt discussions we've had to date.

It's easy to see that ID can open up the participants to deeper conversations. The check in we've been doing sometimes feels forced, as everyone is "expected" to check in. With ID, interaction comes from a deeper space, and the conversation is much more intimate and real.

Again, from Terri: "It is an engaged practice of deeply mindful interchange involving a natural resting in intrinsic awareness in which all phenomena arise and fall within oneself and within the community.

"The inclination towards mindfulness while speaking and writing that is fostered in ID supports the practice of awareness during the complex tasks and social interchanges of day to day living and allows individuals practicing ID without other dialogic meditators to develop their own intrinsic awareness and to foster it in the people around them by example.”

This is exactly the kind of paradigm-producing practice that can take the Integral Life Practice Starter Kit and turn it into a group process, and exactly the outcome we wanted, and anticipated.

Well done, everyone, and special thanks to Elle for all her hard work!
Posted by Gary Stamper at 1:00 AM No comments: 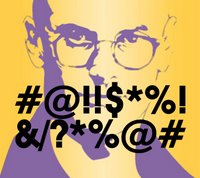 I'm really late in posting this, but I've been a little busy! If you're one of the few integrally informed people who haven't read Ken's blog, heard or read the uproar and the responses in the blogosphere, and then his explanation, you should do it now. Otherwise you won't understand what the hell I'm talkin' about.

I was not one of the 200, or so, people who were asked what they thought about the blog before it was published, and I don't have a problem with that. However, had I been asked, I would have fallen in the 30% that thought it was over the top.

I was not offended by the original post. I was, however, disappointed by the explanation, as it seemed to be a little too clever, too cute, and slightly manipulative. But hey! That's just an opinion, and I don't take that too seriously, either!

It's not the criticism of the critics. Ken's responses to those critics is perfectly valid. I've been to a lot of the "anti-Wilber" sites, and while there is occasionally a good point worth pursuing, most of the criticism is wrapped up in narcissism of the worst kind.

However, it's the "how" the message that was delivered is bothersome to me. Oh, I know, the point is "how" it was delivered is supposed to be irrelevant, and I'm to examine why it might bother me, providing an opportunity for self-reflection and growth. So what I'm seeing for myself is that I am uncomfortable about the "how," and here's a couple of reasons why:

It's been said that the pathologies of second-tier have yet to manifest, but when they they do, they will carry more compexity, and create even bigger problems than we have today, and that, eventually, the path to solving those problems will push us into even greater levels of complex thinking.

I appreciate what Ken was trying to do, here, hell, he's profoundly changed my life, but my personal opinion is that it was not the best way to approach this. My closing thought is to urge caution and introspection: If this was a clever test, what makes you think it's over? What makes you think that what we're doing right now, in this moment, and in the moments to come, how we've responded, how we will respond, isn't part of a larger test?

"Things are not as they seem. Nor are they otherwise." -- from the Lankavatara Sutra

"Under certain circumstances, profanity provides a relief denied even to prayer." -- Mark Twain

Alex Rollin, from Washington DC, and I had a conversation about integral salons, and the newly forming, still storming, integral salon network we've co-created with Shannon Sullivan (now in Chicago). isalonsnet. It's thirty minutes, so proceed at your own risk.

An Inconvenient Truth: An Era of Consequences 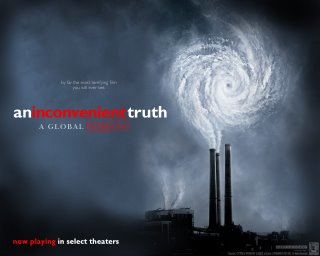 I'n not going to write a lot about this movie, except to say, you must see it, and you must take everyone you know.

"Humanity is sitting on a ticking time bomb. If the vast majority of the world's scientists are right, we have just ten years to avert a major catastrophe that could send our entire planet into a tail-spin of epic destruction involving extreme weather, floods, droughts, epidemics and killer heat waves beyond anything we have ever experienced."

An Inconvenient Truth
Posted by Gary Stamper at 2:52 AM 3 comments:

Time to Take Out the Trash: Peaceful Warrior, the Movie 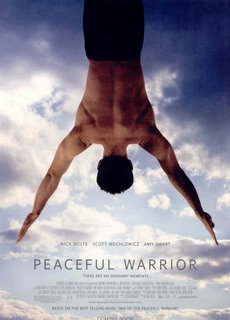 Perhaps the best known integral blogger, Coolmel (Also known as ~C4Chaos, one of the bloggers on Ken Wilbers' website, and a member of Seattleintegral) has posted this review of the movie Peaceful Warrior, based on Dan Millman's book, Way of the Peaceful Warrior.

Several SI moviegoers gathered last night at a special screening, followed by what was billed as first-time 6-city video conference of movie audiences in Phoenix, San Diego, LA, SF, Portland, and Seattle, with Dan Millman, the actors, the producers, and various "celebs."

~C4 is right on with his review. This is a good movie!!! It is very well done, well acted, quality production, all in all, I give it a 5 on some sort or other of scale. Yes, it's not a new message, but it's a timeless message.

Besides just going to see it because it's a damn good movie, there's one other area in which I think the movie can be valuable: You know how your co-workers, some of your friends, maybe even members of your family seem to just kind of tune out when you tell them about your practices, or integral, or make any reference to consciousness or awareness?

Take those friends, family members, and loved ones to this movie, and at the end, stand up and yell at the top of your voice, "That's what I'm talkin' 'bout!"

No, seriously, just say that's what you feel, model it for them, love them, and just be with them. If you can't do that, what's all this awareness and conscious stuff for, anyway?