An Integral Religion? Heaven forbid (pun intended)! I can hear all the people wounded by religion in past lives and today saying, "no way".....Especially those at scientific rational and relativistic levels of consciousness.

But religion is not going away, and whatever claims we make around "Spiritual, not Religious," anyone else looking in is going to consider it religion. So what would the next step in the evolution of religion look like? It certainly won't be the gods of nature or tribalism. Nor will it be the wrathful power god of the old testament, the mythic god of an absolutist consciousness, a rejection of anything metaphysical  by the rational/scientific level of consciousness, or a sensitive new-age egalitarian deity that says we make everything up as we go, locked in a pre-trans fallacy of magic and myth.

I came across a very long article on the Integral World website called Integral Religion, Uniting Eros and Logos by Dan Araya, a graduate student in Toronto examining instructional technologies and values development within Education, and the Director and co-founder of The Institute of Integral Evolution, located in Toronto, Canada.

Araya's article points to where an Integral Religion must go in order to be considered integral, and in doing so sets up some parameters of that emerging religion. By definition, Integral Religion must marry east and west, Science and Religion, Eros (Ascent, Many to the One)  and Logos (Descent, One to the Many), and Eros (the masculine) and Agape (the feminine), and much, much more.

In the article he quotes Auribindo in the Ideal of Human Unity:


A spiritual religion of humanity is the hope of the future… A religion of humanity means the growing realisation that there is a secret Spirit, a divine Reality, in which we are all one, that humanity is its highest present vehicle on earth, that the human race and the human being are the means by which it will progressively reveal itself here. It implies a growing attempt to live out this knowledge and bring about a kingdom of this divine Spirit upon earth. By its growth within us oneness with our fellow-men will become the leading principle of all our life, not merely a principle of cooperation but a deeper brotherhood, a real and an inner sense of unity and equality and a common life.
-Chapter XXXV, p. 307 (July 1918)


"Whether we ascend to the Apex of Consciousness through meditative practice or serve Spirit's teleological drive towards emancipation, we are participants in a single spiritual evolution. Always we must remember that in integral religion it is wholeness that we seek: the integral embrace of immanence with transcendence, of Ascent with Descent, of humanity with God, and of enlightenment with the divine kingdom come."

My sense is that Integral Religion isn't something that we can decide to do or not do, validate or invalidate, it's something we must do if we are to lay claim to the term "integral," and it's already emerging. It is time for us to grow up. As Wilber points out, an integral religion must grounded in pluralism (SES), and [an] emerging religion must transcend and include religions of the past.
Posted by Gary Stamper at 11:43 AM No comments:

Another Review for the Integral Warrior in Cincinnati 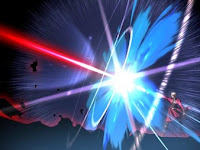 I received a great review from Larry, one of the men in my Cincinnati Integral Warrior men's group. You can read that here. Larry sent out another review to the men in his MKP (Mankind Project) i-group that he was kind enough to share with me, and so I'm sharing with you. My hope in sharing is that it will encourage other men to step into this life-changing and transformative process.


Here's his review of the second weekend of the 6-weekend process. Thank you, Larry. It is such a pleasure to have you in this group.

I know that one or two of the men were interested in hearing about the next six Integral Warrior workshops with Gary Stamper, so I thought I would just send my account of it to everyone in our i-group. (Participation in the rest of this workshop is already closed, but I suspect that Gary may be persuaded to repeat this series again next year in Cincinnati if enough men show interest.)

This weekend the workshop was held in an idyllic setting in a home in the woods overlooking a bike trail and a small river. The weather was perfect. The Warrior weekend was the first of four initiations that the six men who have chosen this workshop will experience (Warrior, Lover, Magician, King).  Gary basically takes the MKP's approach to the four main archetypes to a much deeper level. In this workshop, we explored the passive and active shadows of the warrior and how those shadows showed up for each of us. I was able to clearly define my own weaknesses and struggles that appear whenever the warrior in me is repressed, much as we did in the MKP initiation. Going much deeper than MKP work, Gary also guided us through a study of the states and stages of masculine development in order to discover our deepest purpose and our mission. He used both Spiral Dynamics and Integral Theory (the most comprehensive map of human consciousness yet devised) to guide us to our warrior gold.

Gary is one of the most powerful facilitators that I have ever met. Using Spiral Dynamics, he is able to eloquently and artfully provide the framework for tracking the historical evolution of the world's cultures, from primitive man to the present, and show how it applies as well to organizations and individuals. His explanation of Integral Theory and Practice brought simplicity and clarity to this rather cumbersome subject. And he brings his own gold -- integrity, humility, and the open-hearted gift of his mission to the weekend.

For me, the workshop was the perfect blend of the cognitive (with the stimulating discussions about how individuals and cultures move from one level of consciousness to the next) and experiential (with the Shamanic journeys that he led with an almost hypnotic intensity). A final ritual ceremony (which we designed ourselves) allowed me to declare my ownership of the warrior archetype and all of its shadows.

I am looking forward with renewed zeal to the next three archetype workshops and the final ceremony next year for my emergence as an Integral Warrior, embracing and balanced by Lover, Magician, and King.  Apparently I may also choose at this time to accept the mantle of Shamanic Priest, although personally I don't feel comfortable accepting this title -- I just don't feel the need for titles to bring my gifts to the world. This ceremony will be witnessed by family and friends, much like the priestess workshop that my wife and the other fifteen woman completed a few weeks ago with Gary's wife Anya. I'll keep you posted as to the date. Here's a link to his webpage that describes his work in more detail: http://www.garystamper.com/integralwarrior.htm.

I seem to remember that he will be facilitating a two-day Shamanic Breathwork weekend for men on October 9th and 10th. Here's a link to that:http://www.garystamper.com/breathwork.htm. I will look for some more details on that and send it along separately. I think Bob Wuest was going to help promote that one.