(or) The Complexity Beyond Simplicity
by Gary Stamper, CPC, MISP, DSPS 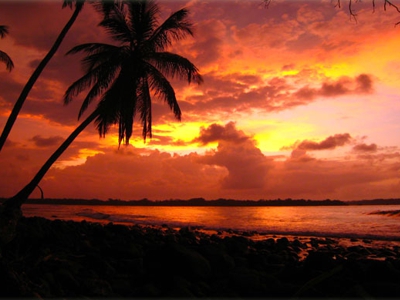 Four months ago today, I arrived in Panama at 2am, thinking I would grab a bite to eat, get oriented on how to get to my hostel in Panama City, grab my luggage, breeze through customs and arrive at the hostel and my private room in time for breakfast.

Panama had other plans for me.

First, the largest airport in Panama is apparently closed overnight. Immediately after deboarding the plane, we were hustled to the mandatory Covid health check where we had to either prove that we had passed a covid test 24 hours before getting on the plane or take and pass a test before we would be allowed to enter the country.

Even while I knew I would pass the test, I still breathed a sigh of relief when the test came back negative and I began my official entry into the country, picked up my luggage, and headed toward immigration.

After some minor glitches at immigration, I got my passport stamped and was allowed to proceed.  Walking through the door leaving immigration, I found myself standing outside the locked airport with no bathrooms, restaurants, taxis, or buses anywhere in sight so I parked my luggage next to a concrete bench, sat down and waited. About 45 minutes later, a cab showed up and agreed to take me to my hostel 45 minutes away in Panama City.

I arrived at the hostel at almost 5 a.m. in the morning and had to awaken the manager to let me into the place that I would call home for the next two weeks while I worked on getting my Temporary Visa with my new attorney as my first one resigned with no warning.

Jumping ahead four months later to today, as I've already posted about my arrival and subsequent two weeks in Panama City and my time in my new home, the laid-back Caribbean beach town of Bocas Del Toro, I want to address what it means to try to simplify your life by moving to what is essentially a third-world country as Panama is, in spite of the modern Panama City.

The websites that promote ex-pat living say one can live here for under $1,000 a month, and I guess you could, but it would be a very basic lifestyle. You could live very comfortably here for around $1400 a month, close to the average Social Security benefit.

Yes, you can live cheaply here. Average rent here is about a third of what you would pay for the average rent in the US, and most rentals here include utilities, cable, and wifi and come at least partially furnished. In the US you could easily add another $500 or more for cable, wifi, and utilities. You can get along fine without a car, and besides: walking is good for you. And so are ATV's!

Most people have bikes, many of them electric, and you can get to all of the beaches on the island and back on one charge. There are also lots of golf carts and 4WD quads, and what you can't buy, you can rent by the hour, day, or week.

Food is cheaper here for the most part, especially if you're buying from the indigenous vegetable markets that are pretty much everywhere.

What you find in the mostly Chinese-owned markets is a combination of more expensive indigenous fruits and vegetables, foreign (to me) canned and packaged foods, some "American" canned and packaged foods (most of which I wouldn't buy in the US and are more expensive here because of shipping). The Chinese-style markets also have no concept of what customer service means. You get used to it. 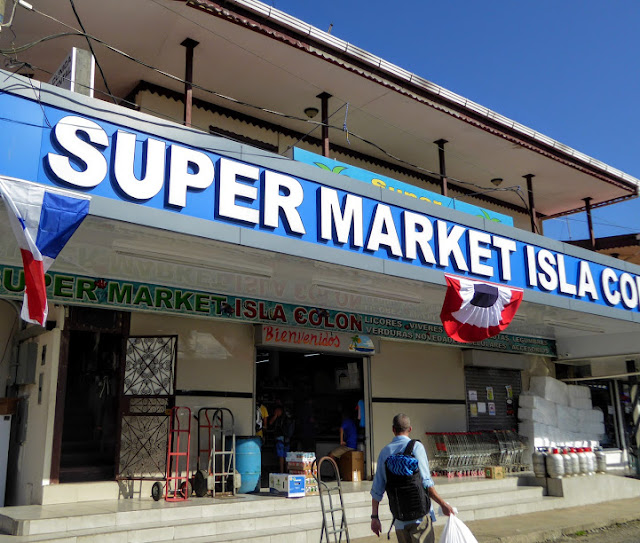 There are few organic products here and what you can find is very expensive and sporadic at best. I pay a lot of attention to avocado mayo and oils,  coconut oils and milk substitutes (hemp if I can get it, never soy... it's a man thing) and extra virgin olive oils.

The only salmon available here is Atlantic farm-raised salmon which I won't eat because they are high in unhealthy Omega 6's - as opposed to healthy Omega 3's found in wild-caught Alaskan Salmon that we can't get here (we're just a precursor for what's coming). As for packaged and canned goods, I read labels a lot - when I can - but labeling is also a bit sporadic here and often too small to read.

I'm eating less meat here, as local ribeyes have an unusual flavor that I believe is a result of what they're fed. There's a small ex-pat owned market called "Super Gourmet" ( below) that has imported grass-fed ribeyes that I'm going to try, but as I said, I'm eating less meat these days, largely because of environmental concerns around how much water it takes to produce it. 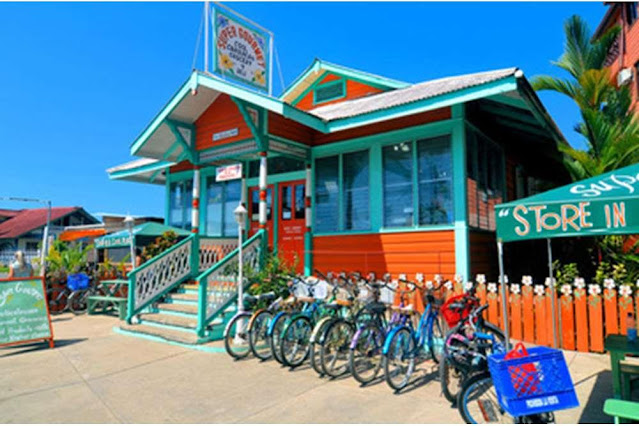 Avocados are always in high demand here (I've started two plants on my balcony), the only artichokes you'll find here are canned and I would not buy meat in any of the Chinese markets. I don't know if they're bad... they just look bad.

There's a lot of really good restaurants here, but they mostly cater to tourists and there are few tourists here at this time because of Covid, and the prices are pretty comparable to US restaurants, maybe slightly under. You rarely see locals in them and the ex-pats I've met tend to frequent bars that also serve food. The restaurants that are open have mostly outdoor dining - very common here because of the year-round warm weather and who doesn't want a water view when dining?

There are also lots of food carts that serve "street food," which I stay away from since they mostly serve deep-fried foods that are kept warm under heat lamps, and what doesn't sell today is back tomorrow. I rely on local friends to keep me posted about the good ones. I'm also concerned about how, and if, they are regulated.


There's an Ayahuasca journey on Basti Island this coming weekend and because I've been a Certified Shamanic Breathwork Facilitator for almost a decade and have facilitated Ayahuasca guides, I've been wanting to do one for years, but when I spoke with the Columbian facilitator, he told me it would be inside (strike one) and that the Ayahuasca medicine protected the people because it made them immune and no masks would be required (strike two), and I'm declining. There's absolutely no evidence that it's true, and there are a lot of new-age and indigenous teachers who are very deep into magical thinking even with a room full of people who are throwing up because of the medicine. Maybe another time, maybe with another guide.


After four months, I am still loving living here, but a bit more about Complexity beyond Simplicity. This is certainly not true for everyone, but my being in Bocas right now is to be between two cultures: the culture I lived in before I got here and my expectations about simplicity that I brought with me, and the culture(s) that exist here. I believe I can let go of the expectations I brought with me as long as I can find a way to live simply while not feeling overwhelmed with the complexities...

And isn't that the way it goes for us all?

Very interesting blog notes. I enjoyed reading them. There's always a bit of a gap between expectation and reality, but it sounds like you're doing well.

Loved reading this! Looks like one of the markets had a lot of produce that is healthy. I'm surprised that the locally grown is expensive! Eating is such a big part of life and that aspect seems challenging.

Gigs, good to hear from you. It's been too long!

Unknown: The fruits and veggies in the photo are from an indigenous market, not a store and the prices are much higher in the stores than they are in the indigenous markets, but both are hit and miss. It's OK, though...